‘All Eyez on Me’ tells the true story of the very eventful life of Tupac Shakur right up to his untimely death at 25 years old. I was really looking forward to this film for a number of reasons, 1. I am a big fan of biopics, and 2. ‘Straight Outta Compton’ which takes place in the same environment and at the same time was incredible. Unfortunately this doesn’t reach the heights of SOC but i think it still did a good job at highlighting some of the key moments in Tupac’s life. The first third of this film i wasn’t feeling as much, it was very choppy jumping back and forth from past and present, whilst still progressing through the past relatively quickly not providing a whole lot of time to soak up all of the information. At around 2/3 of the way through, once the past catches up to the present it sticks to following one period of his life and i feel like this is where everything tightened up and it became a more engaging story. In terms of the performances it was all pretty positive, Demetrius Shipp Jr. was pretty good in his debut performance as Tupac, and a few supporting performances were especially powerful.

As i mentioned, the first third of the film i thought was a bit of a mess. The constant jumping back and forth between the events of his upbringing / rise to prominence and the scenes of his interview during his time spent in prison didn’t come together as well as they should have. It was very fast paced and choppy, which is sometimes good, but here it was all moving too fast to really get into the film at any point. Just when it would get some nice flow going it would cut to the present or jump time and it was a somewhat unsuccessful manner of telling the story. I feel like if they stuck to focusing on less of his life but in more detail that would have worked out better. But, as the film approached the point of sticking solely in the present things started to come together, a lot of the big players at the time had been introduced and there was a more natural linear series of events playing out. It was getting more cohesive and thus giving you more time with certain characters getting you into the story more.

And then you get to the third act which i thought was great, a complete flip from the first act, more in line with the style and tone of ‘Straight Outta Compton’, and very enjoyable right through to his final moments. I feel like this approach to the third act, having a slower pace with more of a clear focus if applied to the whole film would have worked better. But i think that just goes back to the directing job by Benny Boom, the guy doesn’t have a whole lot of experience in the directors chair outside of directing a tonne of music videos. And you can see where his past experience in directing music videos comes in to play i just don’t know if he was the best choice to tell a great story. 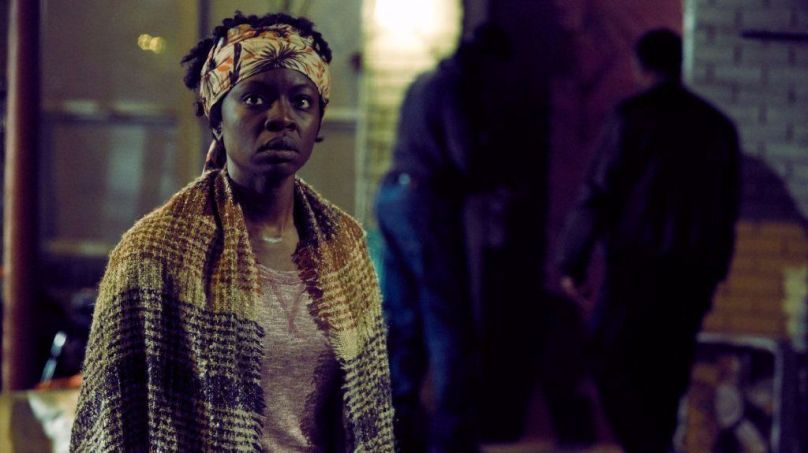 The performances were overall pretty good, Shipp Jr. portrayed Tupac very well and about as authentically as anyone could, it looks like he really nailed down the character. It also helps to look like a spitting image of the guy, almost definitely the sole reason he got cast. As for the supporting cast Kat Graham was good in her limited role as Jada Pinkett but wasn’t really featured too much, and the various performances behind Biggie, Suge Knight, Snoop, etc were decent…. nothing to keep your eyes open for. But the real standout for me who i think overshadowed Shipp Jr.’s performance was Danai Gurira as Afeni Shakur. She puts in an amazing performance and was very powerful in all of her scenes giving everything she had adding a tonne of emotion to everything going on. Through her performance you get a strong sense of Afeni’s importance and impact on Tupac’s career and you buy every second of it. Without her performance I feel like this film would have been missing something.

So in the end i think despite a rocky start the film began to right the ship during the 2nd act to bring us a great, cohesive, and deeply engaging third act that i feel does the memory of Tupac Shakur justice. In terms of who would enjoy this film, i think fans of Tupac would definitely get a lot out of this from the music to just getting a look at what went down in his life (in hollywoodized form of course). It features some performances that hold the whole film together and make for an engaging, eventful and emotion filled character study.