It is that time of week once again and the Box Office numbers are in. We had two new releases this week being Mission Impossible: Rogue Nation and Vacation, both sequels to huge franchises and both very different. What came out on top? Was it Mission Impossible, or did Vacation take the cake? And did Pixels manage to stay in or drop out of the top 5? All those and more will be answered below. 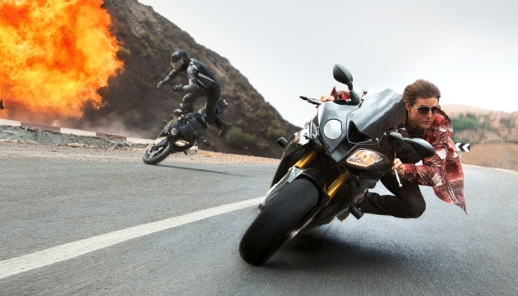 So how about that, Tom Cruise is still a huge action star and Mission Impossible is still one of the biggest action franchises as it finished with a strong $56M in its opening weekend. I don’t think there were many doubts that this would get the number one spot, it had a fantastic trailer, Tom Cruise performing crazy stunts and it was following Ghost Protocol which was also a big success and well received. In the end i guess you could say it was ‘Mission Accomplished’ for the studio.

Next up is the comedy sequel that i was actually looking forward to; Vacation. As i have mentioned previously, i am not all that familiar with the Vacation franchise so i don’t have the same love for it that others do but i have to say i liked the look of the red band trailer. It looked like this film had some pretty funny gags lined up, but if the reviews speak the truth than there may be nothing of the sort. And the fact that it finished with a below expected $14.9M shows that the majority of people either weren’t interested in this film in the first place or the reviews put people off seeing it. Either way, it does show that this franchise may not be as popular as it once was. I can’t see this film making much more money with Fantastic 4 (Fant4stic) releasing this week and most likely jumping right to the top. Next up is Ant-Man and Minions with $12.6M and $12.2M respectively. These two just keep continuing to make money in their 3rd and 4th weeks but with Fantastic 4 releasing this week, Ant-Man will come to the end of its run sooner rather than later. 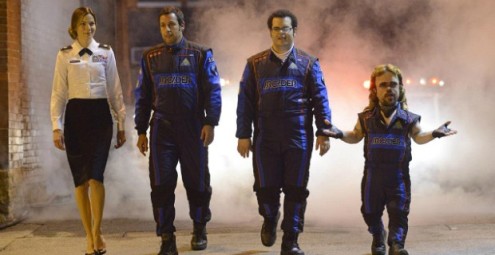 Now for Pixels, which had a dreadful opening weekend making only $24M and it continues that dreadful trend making less than half at $10.4M. It was lucky to even stay in the top 5 as it just beat out Trainwreck by $700,000. This will definitely drop out of the top 5 this week after a very short run of 2 weeks for the disappointing family comedy. That is all this for the Box Office Breakdown this week, the weekend actuals will be updated below as usual and remember to subscribe to this blog to stay up to date with all the movie news and reviews.