‘Bridge of Spies’.. A Drama/Spy Thriller Biopic.. Directed by Steven Spielberg.. Written by the Coen Brothers.. Starring Tom Hanks.. Seriously, this film deserves WAY more love and attention than it got. This film told the story of James Donovan, a lawyer who defended a captured Soviet spy and was then thrown into the middle of the Cold War where he was responsible for organising an exchange: a captured US pilot for a Soviet spy. This was an incredible movie all across the board, Spielberg as usual has done a fantastic job at directing this film and Tom Hanks puts in one of the performances of his career (It seems as though everything he does is ‘one of the performances of his career’) as they tell this story in the most captivating way possible. One thing you must know about this film and the thing i loved the most about it is that this is, from start to finish, is a dialogue driven film with fantastic visuals to make you feel like you are in East Berlin. You don’t get any high stakes action scenes, and no fast paced violent depictions of the Cold War, this is a very focused story about one man and his mission to organise a trade between two opposing governments. 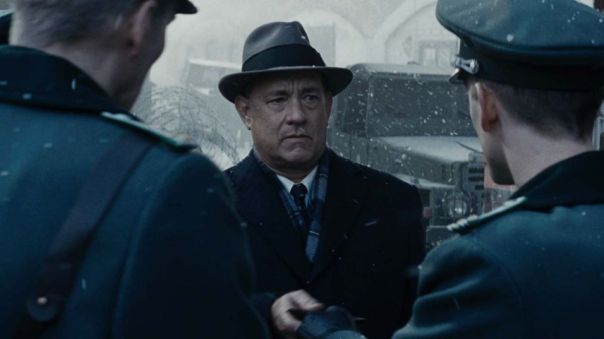 And at first it may seem rather boring, you may ask; How are they going to fill 2 hours and 20 minutes with conversations and discussions about a trade for two men in a ‘Spy Thriller’? Well by utilising amazing and incredible dialogue, they manage to capture your attention at every moment and you are fully engaged the whole time so that the film goes by really quickly. I cannot express enough, how amazing the dialogue is to be able to carry the film all the way through without needing any big exciting events. The dialogue is so smart that you start picking up on the little hints that tie in to things said an hour prior and start noticing moments of foreshadowing and it only goes to show the amount of attention and thought from the Coen Brothers that went into crafting the dialogue in the film. There are a few scenes in the film where Spielberg creates the feeling of tension extremely well without using any dialogue or little music, just visuals. These relatively quiet moments were so powerful and managed to get the message across without any exposition, that it is another testament to Spielberg’s incredibly diverse directing abilities.

Tom Hanks was just absolutely amazing in this film as James Donovan. This film showed why he remains as one of my favourite actors of all time. Especially in these dramatic roles, the way he embodies the character and their traits and personality, you never feel like he is just playing the same character over and over. The dialogue alone isn’t enough to captivate an audience, you need a top tier actor to put in a stellar performance and make it all seem believable, imagine Adam Sandler delivering the same lines, it simply would not work, and would just turn into a shitty comedy. Tom Hanks it seems can be anyone, need a Captain Phillips? Walt Disney? James Donovan? Hanks is your go-to guy. If i was to pick out anything i think could have been done better i would be nit-picking because it is a variation of minor stuff. But there is a brief moment around a third of the way into the film where there is a shift in the overall focus of the film and i thought it happened a little too quick and would liked to have seen it drawn out a little, but seriously, just a fairly minor thing.

So in the end, this is a film you should definitely check out, a Dramatic, Suspenseful Spy Thriller that takes out the big action set-pieces and replaces them with interesting and captivating dialogue delivered by Tom Hanks to perfection.