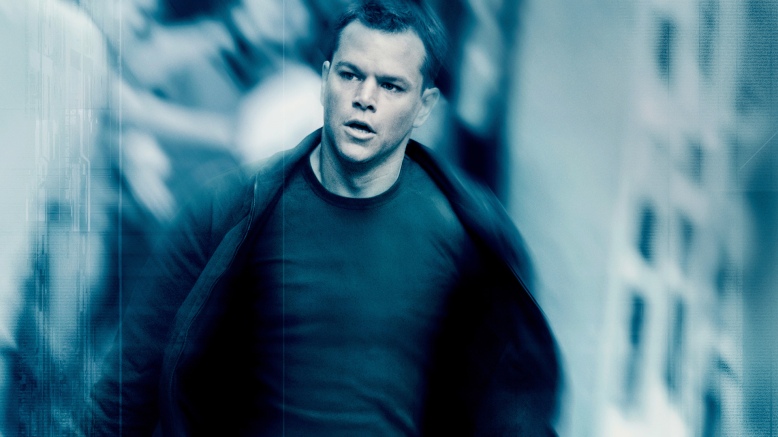 ‘The Bourne Ultimatum’ marks the conclusion of the epic Bourne Trilogy introduced by Doug Liman in 2002, elevated by Paul Greengrass in 2004, and perfected by Greengrass in 2007. This movie has everything you can want from a Bourne film and executed all of it amazingly. It has fantastic action, amazing performances, great drama, and at the same time it ties up any loose ends introduced in earlier films and also provides some more revelations about the origins of the man known as Jason Bourne. This movie has a lot going on and as a result the movie moves at a very very fast pace providing us with scene after scene after scene of thrilling action set pieces including hand to hand fights, foot chases, and crazy car chases. All of these scenes are backed up by great performances from all the main cast including the riveting performance by Matt Damon as Jason Bourne, Joan Allen’s great performance as Pamela Landy, and David Strathairn’s captivating performance as the newly introduced Noah Vosen.

Just when you thought the action set pieces in a Bourne film could not get any more intense and exciting, ‘Ultimatum’ comes along to show how it’s really done. You have a lot of the shaky-cam, close quarters action you saw introduced in ‘Supremacy’ which is just as awesome and just as entertaining as before. This film also does a fantastic job with its multiple chase sequences as they keep you on the edge of your seat the whole time wondering how on earth Bourne is going to get himself out of every situation. The great thing about the action in this film especially, is that each set piece is connected in a way that it is hard to outright distinguish when each fight or chase ends and another begins because of how fast this film moves along. So you don’t get moments to chill and take in the last awesome sequence because by the time you take your second breath Bourne is reversing a car off the top of a multi level carpark. It is done in a way where despite it being almost continuous action, it never feels like too much and every scene is just as exciting as the last.

The performances in this film as i mentioned are what really add to the intensity and thrilling or dramatic aspects of every scene and the determination by the actors to deliver real characters allows you to connect to the characters. Matt Damon is phenomenal once again as Jason Bourne and i believe after seeing this film was the moment everyone switched to thinking of Jason Bourne first over Matt Damon. He embodies the character so well that you no longer see Matt Damon, he has been completely consumed by Jason Bourne. The way he commands every scene and always looks like the one in control adds so much to where his character is during this film. David Strathairn was a fantastic addition to the franchise as the way he went toe to to with Bourne’s character on an intellectual level made for plenty of very exhilarating and entertaining cat and mouse sequences always leaving you with one question… Who is the mouse? Returning characters such as Pamela Landy and Julia Siles’ Nicky Parsons are developed further in this film in ways that add a lot more personality and moral clarity to these characters who played relatively straightforward characters previously.

Being the final film in the franchise it had that job of wrapping up the entire story in a way that did a service to every character and the fans of the franchise. And i gotta say, the way the story unfolds in this film was crucial to providing a fitting end (for now) for the Jason Bourne character. The way it incorporates the use of flashbacks is genius, because rather than just having random flashbacks to explain the beginnings of Jason Bourne here and there, the film ties each one together with the current events in the film. The way it closes everything off once again acts as a fitting conclusion to the trilogy and the character Jason Bourne whose development has progressed over all three films. So now that we’re done with revisiting the original Bourne Trilogy we only have to wait 5 more days for the release of ‘Jason Bourne’, the return of master assassin…