‘Don’t Breathe’ is a Horror film directed by talented horror director Fede Alvarez (Evil Dead, 2011) that proves the there is still room for intense, terrifying, and great films in the home invasion sub-genre. The film follows a group of teens (Jane Levy, Dylan Minnette, Daniel Zovatto) who have fun/make a living breaking into houses, but this time they went and chose the wrong house to rob, and are now being hunted down by the blind veteran residing inside (Stephen Lang). This was a strikingly original and chilling film that took what seemed to be a very straight-forward home invasion film and transformed it into something with a great story and that twists in ways you constantly don’t see coming. The film does a good job at sucking you into the story, and becoming attached to certain characters, and like a fine wine it only gets better with age. As more plots are revealed the film only gets exponentially better right through to the final moments.

I don’t think there are many other actors out there who could have pulled off playing this damaged yet determined blind veteran as well as Stephen Lang did. His brooding presence was felt at literally all times during the film and even when he is just standing still and listening he looks absolutely haunting. And as his character becomes more and more enraged throughout the film you see how Lang’s performance also changes to where every scene he is in is progressively getting more and more tense. The performances of Levy and Minnette are not to be forgotten as they sell being the victims of this cat and mouse death hunt really well and at times you are rooting for and against them. But up against the performance Lang was putting on they do get a little overshadowed. 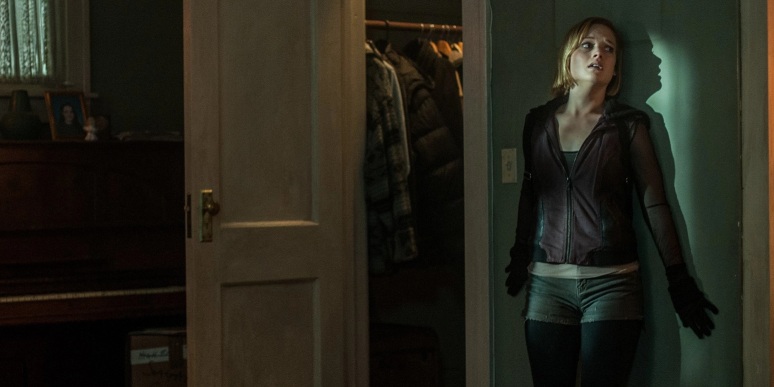 The real star here is Fede Alvarez whose beautiful techniques at creating a dark, disturbing and thrilling film are on full show here. This doesn’t get as bloody and gory as his 2011 directorial debut ‘Evil Dead’ did but that’s just because this isn’t Evil Dead. The film is shot very well with cleverly cut sweeping ‘one-shots’ throughout the house and has very well edited action. Limited cuts with very carefully positioned camera angles made scenes just that much more intense. And there are a few scenes in this film where it is completely pitch black and the way Alvarez films these scenes was pretty much perfect and made for some of the best scenes in the film. He is two for two so far with his films and i cannot wait to see what film he brings his talents to next. There is one thing this film does with the opening scene which a few films do occasionally and it really does suck. It just makes me pissed off for the first 10 minutes and i don’t see the point in it.

So in the end ‘Don’t Breathe’ was a very pleasant surprise and yet another strong instalment in the horror genre for 2016. This along with ‘The Conjuring 2’, ‘The Witch’, and ‘Lights Out’ make this year one of the best for horror films in general, and we aren’t done yet. If you’re looking for a horror film that is something simple yet terrifying and absent of paranormal behaviour then this is really good one to check out.