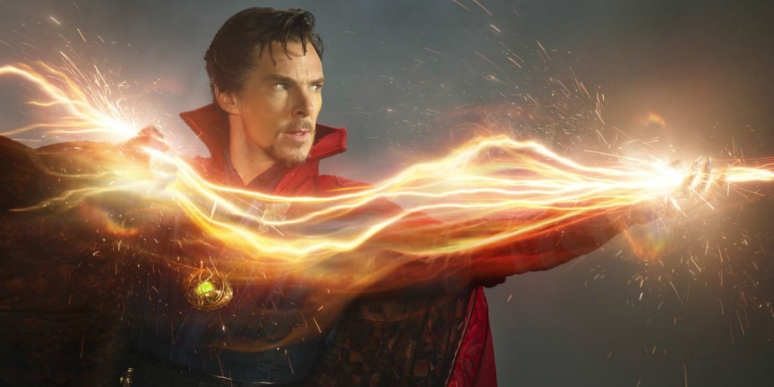 Led by an all star cast and helmed by a talented director in Scott Derickson, Doctor Strange is definitely one of the freshest films in the Marvel Universe to date. Focusing on the character known as Doctor Strange, this is an origin story that does a fantastic job at separating itself from the existing Marvel Universe breathing some new life into the long running series of films. This movie manages to go into so many more territories that haven’t been able to be explored in other Marvel films. With the introduction of ‘magic’, this has allowed Marvel to experiment with and explore multiple dimensions and the bending of time and reality… and it is glorious. The performances in the film were all immensely strong from everyone on board, our heroes displayed great chemistry throughout the film and Mads Mikkelsen played the villain ‘Kaecilius’ very well.

Being an origin story, the plot is as expected not going to be the fast paced action packed thrill ride right from the beginning that other Marvel films are. But as they start the film they spend a good amount of time just focusing on introducing the character of Stephen Strange and making sure we know exactly who he is, his personality, and his values so we are able to root for him later in the film and it totally works. They didn’t seem in any rush to get to where he begins experiencing his powers but once they do get there the pace and amount of action ramps up a lot. And from that moment until the end it is fast paced and full of action, dramatic elements, and touches of the Marvel humour you have come to expect over the years.

The action in the film is by a mile the most unique you have ever seen in a Marvel film. The way they incorporate the bending of time and the bending of reality tightly into all of the action scenes was such an awesome sight to see, one that would have been ten times more amazing on an IMAX screen. These chase and action sequences are so insane and it is mainly due to the cinematography and the beautiful visual effects that have gone into creating these Inception-like sequences. The mind bending visual effects in this film are the most ambitious out of all the Marvel films so far and more impressive than many other films outside this Universe, the main reason this should be experienced on the big screen.

Benedict Cumberbatch really does delve into this character and puts in a great dramatic and charismatic performance to give us a fantastic introduction to this character everyone will now recognise. The supporting cast also did a fantastic job in the film adding in to the action and humour where necessary. Tilda Swinton Chiwetel Ejiofor, and Benedict Wong had very good back and forth chemistry with Cumberbatch and were just a very fun and lively group of characters to follow in this story. Rachel McAdams was one that for me had a few really good sequences but overall wasn’t that useful or integral the plot. Not a bad thing on the films part but she just didn’t have a whole lot to do and i actually forgot about her character a few times unfortunately. Mads Mikkelsen however i did not forget about as he did a very good job at playing the villain of the film who actually turned out to be one of the better villains of the Marvel Universe. Of course he definitely doesn’t get the development he deserved in this ‘Doctor Strange’ film but he proved to be a very formidable opponent for the Sorcerer Supreme. 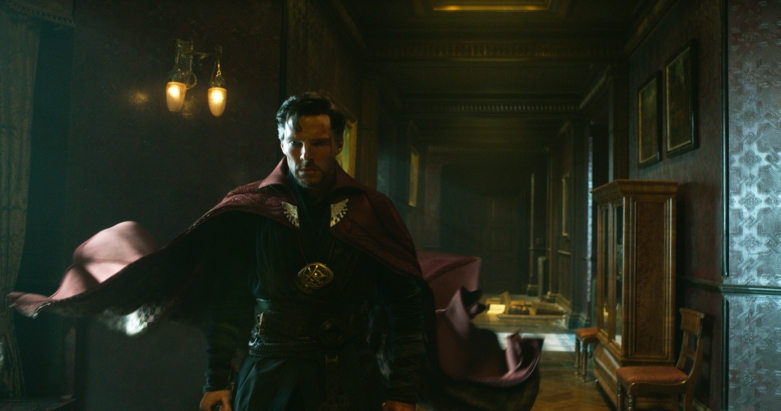 So in the end this is a very strong entry in the Marvel Cinematic Universe that can also work very well as an isolated story for those who woke up from cryogenic sleep yesterday and haven’t seen any other Marvel films. The only nitpick i could point out is that one or two times it felt like it might have skipped a scene, but it doesn’t have much of a bearing on the film at all. It did a fantastic job at introducing us to the man known as Doctor Strange, someone i have no doubt we will see more of in the future. And remember that as this is Marvel there are 2 scenes to wait for, 1 is located mid-credits and the other right at the very end, both definitely worth sticking around for.