‘Arrival’ is a Sci-Fi Drama starring Amy Adams and Jeremy Renner and directed by the amazing Denis Villeneuve (‘Enemy’, ‘Prisoners’, ‘Sicario’). When alien spacecrafts descend down to Earth the race is on for Dr. Louise Banks (Adams) to decipher their language and determine whether they are friend or foe in what is a must-see film for 2016. This film is amazingly directed by Villeneuve, features great performances with captivating on screen chemistry, a thrilling plot, and like all of Villeneuve’s films features stunning cinematography. I was so pleasantly surprised by this film as i went into it hoping for greatness but also a little worried this was going to turn out to be a fairly average Sci-Fi invasion film. But this film completely amazed me as it had so many layers, was incredibly thought provoking, and had amazing plot points with things going on that you have no idea about when you see the trailer.

The main cast in this film were fantastic with their amazing performances increasing the dramatic tension, injecting plenty of emotion and also a tad of humour. Forest Whitaker and Jeremy Renner were great elements of the main cast but felt like secondary characters when compared to the performance Amy Adams gave in this film. She was so captivating and really delved into what turns out to be an increasingly more complex character as the film went on to the point where i think everyone in the theatre forgot about her as Lois Lane. She has great on screen chemistry with Renner’s character and it did make for some more relaxing slightly humorous scenes. Apart from those 3 performances the other very minor characters were more stereotypes than anything but during the film they all command so much attention that you will very barely even notice. 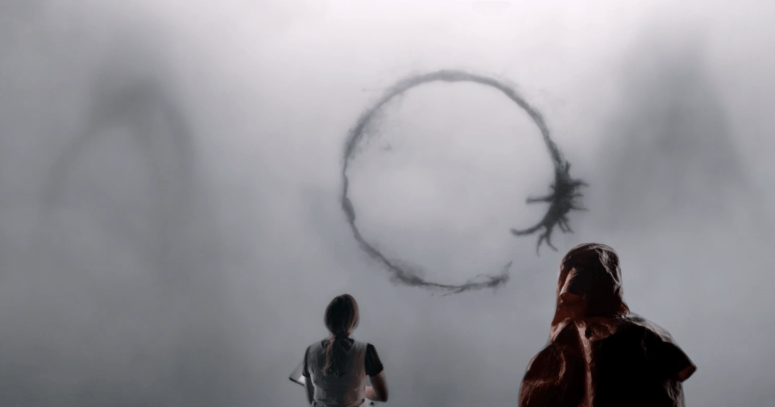 There is so much i cannot talk about when it comes to the plot of this film because so much of it is very secretive…. and it is a lot more than you may think. What i can say is this really does get to parts that will require you to put your thinking caps on and figure out what is happening and why. But the payoff is HUGE as the revelations that occur throughout the film make the whole film tie together so well that this commands a second viewing much like Villeneuve’s previous films. And just like his previous films the Cinematography here is beautiful. Some of the shot choices and the angle at which certain scenarios are viewed had me in awe more than once throughout the film. This time it was not Roger Deakins it was in fact Bradford Young helming the cinematography who is younger and definitely has a lot of talent and a good eye for beautiful shots.

So in the end i cannot stress enough how much of a must see film this is if you are a fan of Sci-Fi and more specifically the thought provoking kind. The plot is fantastic, the cinematography is on point, and the performances helming the film are very enjoyable to watch as they add to the drama of every scene. And it is all tied together by Denis Villeneuve in a nice little package creating what is most definitely one of the best films of the year.