‘Patriot’s Day’ is the second biopic to release in 2016 that is both directed by Peter Berg and starring Mark Wahlberg, the other being ‘Deepwater Horizon’. So in saying that, 2016 was a very busy yet successful year for Berg as both films are great films/retellings of true harrowing events. However focusing on Patriots Day, the film is an account of the 2013 Boston Marathon bombings focusing on the events during the attack and the aftermath that forever changed the city of Boston. The acting here in this film is fantastic across the board, the pacing is very calculating and well handled throughout, the directing and overall tone is very subdued and perfectly implemented, and there is also the use of great sound design (not to the extent of Deepwater Horizon but still really effective). The way Berg blends in the use of real footage from 2013 whether it be security footage or news footage is great for the purpose of implementing realism and a sense of authenticity to the film. And that is one of the biggest praises bringing this whole film together, that it felt very real, grounded, and not ‘hollywoodised’ per se. 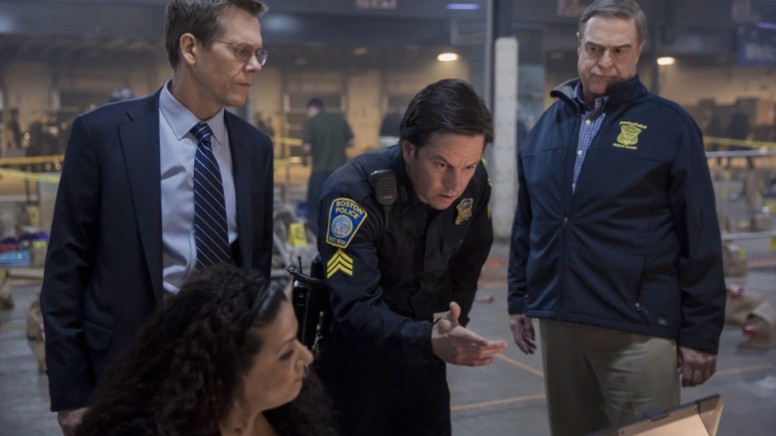 The film boasts many very great performances both by the always talented A-list cast but also from those who are relatively unknown in Hollywood. Mark Wahlberg, John Goodman, J.K. Simmons, and Kevin Bacon all put in very strong, emotional, and authentic performances, but that was as expected going into the film. It is the secondary performances, those playing various victim roles, officers, and the bombers who help ground this film in realism sucking you into the various characters and emotions throughout. The two actors who portrayed the sibling bombers were the best unknown talents in the film, the way they portrayed these evil people was very convincing and it was great to see the events from both sides of the law. Being a very recent event so much of it is fresh in peoples mind so you think you know all about the terrorists but the film sheds some more light on their lives and gives some insight into who they were.

One thing going into the film i have to say i was unsure about was whether those A-list actors would be distracting in the film, but i have to say, from the first time they all show up you are locked in to their characters and you forget their past roles. Well, when J.K Simmons shows up in the film i was like “Holy Shit, it’s J.K”, but that quickly passed because he has a great character arc in the story too. Oh, that’s what i gotta mention, the character arcs in this film are fantastic, most of the main and even supporting players in the film have an arc that tells a great story from start to finish and all links back to the idea of ‘Boston Strong’. Because even though this film does focus on the tragic attack on the lives of innocent people the real purpose and focus of this film is love, family, and bringing people together. Much like what happened in the real aftermath Berg has made this film stand not only as a great film but as another symbol that people will stick together and that in the end ‘love trumps hate’ which is a great message to follow.

So in the end, Patriots Day is a quality film and a very emotionally strong biopic that not only focuses on a tragic event but on the response from the people of Boston and how by coming together people can move forward and snuff out the effects of these types of attacks. The performances are spot on, the directing by Berg is solid, and the way the story is handled and plays out makes for a very engaging and entertaining Thriller, very different yet somewhere on par with Deepwater Horizon.