Hidden Figures, a Best Picture nominee tells the untold and overlooked story of three African-American women who were the brains behind many of NASA’s operations including the launching of astronaut John Glenn into orbit. The film stars Taraji P. Henson (Katherine), Octavia Spencer (Dorothy), Janelle Monae (Mary) and Kevin Costner (Al) in what is a very interesting, engaging, thought provoking and sometimes emotional story that is elevated by each of their performances. The story itself is paced mostly excellently, it takes a little while to get going but once it does it has very well placed uplifting and emotional moments to keep you invested and some good light humour injected throughout. There is also a pretty decent original soundtrack in here produced mainly by Pharrell Williams that gives the film some more character and allows for some math/engineering montage scenes.

The biggest highlight of this film is undoubtedly the performances, the main trio of Henson, Spencer, and Monae play off each other so well and have so much positive chemistry that you cannot help but love their characters. They deliver in terms of the very subtle humour, and they each perform the dramatic scenes really well. Also what is really cool is that all three of them have that moment, that ‘Oscar’ moment, that one scene where they dig deep and really show off the strength of their performance still staying strong to their character. The supporting cast here also was surprisingly pretty damn good and contributed to various sections of the film in different ways. Mahershala Ali has a role in this film and although it was a very minimal one his presence on screen is one of class and professionalism and he just elevates every scene. Kevin Costner plays a very interesting love/hate character who develops interestingly over the course of the film. And that’s what this film does very well, character development, from start to finish you see how peoples attitudes and opinions have altered and it’s a very fulfilling element that is executed greatly here. 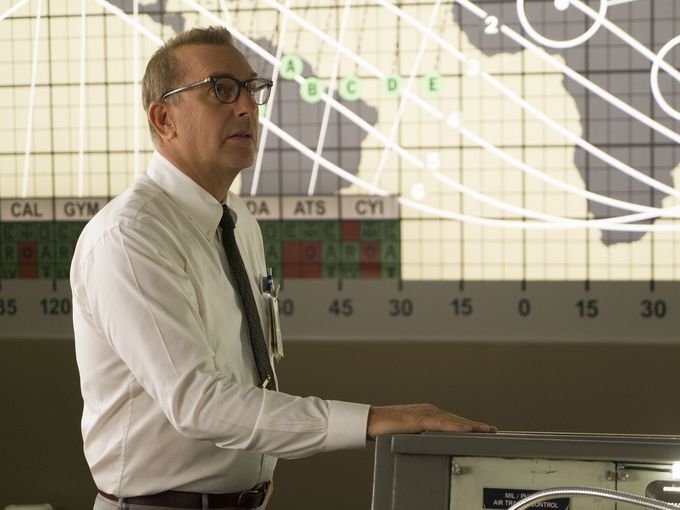 One of my minor concerns (if you want to call it that) going into the film was that Jim Parsons’ character was going to come off silly as he’s essentially being typecast in this film as a character who has a similar occupation to the one he is most notably known for in ‘The Big Bang Theory’. But he was handled really well, and although his character was a bit of a dick, i liked that by half way through the film i forgot that was Sheldon Cooper so very well done. As i mentioned earlier it is a little slow-going leading up to more of the core dramatic NASA operation material. The setting up of characters, and the world building was partly interesting especially when stuff pays off later but overall i would say the last 2/3 of the film is where the majority of the intrigue and enjoyment lies.

So in the end Hidden Figures is a very thoroughly enjoyable film with entertaining characters, strong performances, a highly engaging story, and a decent soundtrack as a nice little added touch. Theodore Melfi does a good job directing this film and the writing is pretty on point throughout which helped the film a lot. The film is nominated for Best Picture, although it doesn’t have the slightest chance of taking home the award, but seeing it up there is very good for women in cinema. But hey it did take home the SAG awards equivalent of Best Picture, so who knows…. maybe some surprises are on the way…… but i doubt it.