From the mind of David Lynch, Twin Peaks is by far the craziest, weirdest, and most oddly entertaining TV show to ever hit the small screen. And as this prequel/sequel followup film is also directed by Lynch you can expect more of the crazy, twisted content you expect from any Twin Peaks related material only this time much darker. The film follows the infamous Laura Palmer in the week leading up to her eventual murder adding more insight into her life, exploring the events mentioned in the series, and also maybe featuring some further events taking place post “How’s Annie?”. As this released very shortly after the conclusion of the series all of the roles are still played by the original actors minus the role of Laura’s friend Donna. The story here is very haunting, grim, and captivating all the way through and the performances from the entire cast are just as strong as they were in the series. David Lynch’s trademark directing shines here with the way every scene is constructed with camera angles, music, and other techniques to create a very mysterious and unsettling aura that builds throughout the film. 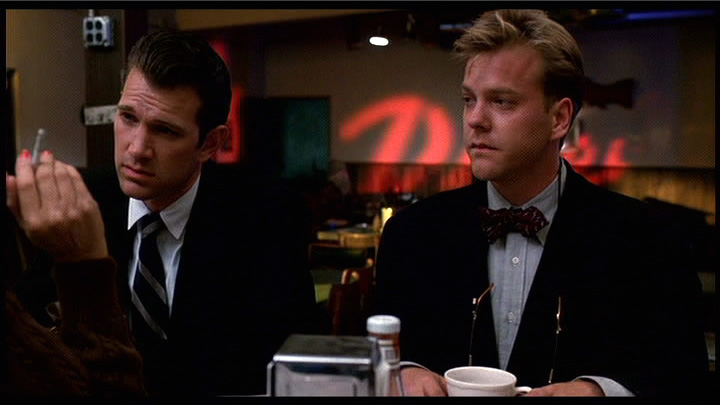 The performances from the various actors and actresses here are just chaotic and fantastic…. or rather fantastically chaotic. Everyone stays 100% in character and completely sells the “seriousness” and looming danger in many scenes. Much of the cast though are featured in fairly limited roles as there is a lot this film has to cover in only 2 hours 15 minutes. But for the time they are given Dana Ashbrook (Bobby), Eric DaRe (Leo), Phoebe Augustine (Ronette), and the endless list of supporting cast members do a really good job to inject the same ‘Twin Peaks tones’ into their scenes. The characters who are given the most attention are without a doubt Laura Palmer (Sheryl Lee) and Leyland Palmer (Ray Wise) as their relationship is greatly explored here in what is a very fascinating look into their lives before her death. Just following Laura throughout her daily routines, learning more about her, and seeing what happens as she gets closer and closer to being dead was endlessly fascinating and made for a great companion piece to the TV show. 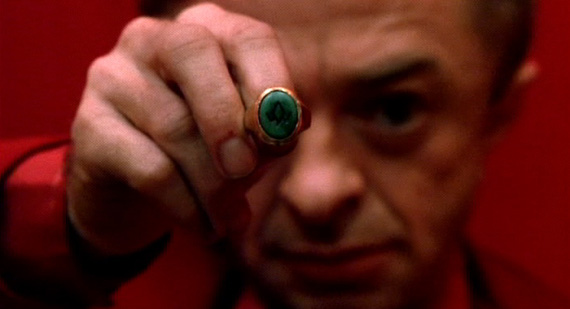 But as is with the TV show, the real star here for me has to be Ray Wise as Leyland Palmer who just completely steals every scene he is in. Season 2 Episode 9 of Twin Peaks titled “Arbitrary Law” is not only my favourite single episode of Twin Peaks but it is one of my favourite episodes of television ever. And that is solely due to the performance by Ray Wise in some forever memorable scenes. I won’t go into it due to spoilers but if you haven’t seen this show, watch it, and just admire the immense bundle of talent that is Ray Wise who is phenomenal in that episode specifically. So hey, in this movie, the more Ray Wise i get, the happier i am.

This movie is very much connected to the Twin Peaks TV series. Not just in terms of story but in terms of the overall tones and use of David Lynch’s trademark filmmaking techniques inducing horror, suspense, and comedy (very briefly in this film) many times in the same scene. When the instantly recognisable eerie music kicks in or the very confronting close up shots appear, or two images on the screen start to blend together you know you are watching a David Lynch production and it is just beautiful.

So in the end, ‘Fire Walk With Me’ is a fantastic movie and companion piece to the show dealing with events before the TV series and also maybe after…… But be warned, if you have not seen the TV show, practically none of this movie will have any meaning to you and it also wont make a single bit of sense as you will be completely bamboozled and lost as to what on Earth is going on. So do yourself a favour, go and watch Twin Peaks, it’s only 2 seasons and 30 episodes long and every minute spent watching is well worth it. If you aren’t sure whether you’ll like it, give it the 3 episode test…. watch the first 3 episodes and judge for yourself, if you don’t like it then give it up no harm done. The Twin Peaks revival series with an 18 hour length is starting soon also so get on it fast to not be left behind.