Robbie Amell is shirtless the entire time……. why?…… just don’t question it….

The Babysitter is a Netflix Original Film, directed by McG (Charlie’s Angels) and stars Bella Thorne, Samara Weaving, Robbie Amell, Hana Mae Lee, Andrew Bachelor, and Judah lewis. The unique horror comedy follows Cole (Judah Lewis) who must survive a night on the run when his babysitter Bee (Samara Weaving) turns out to be the leader of a murderous satanic cult. McG has directed a variety of different projects in the past, this however seems to be his first delving into the horror/comedy genre and for the most part it works. It is a very quirky film and insanely odd in terms of the plot, characters, dialogue, and even the way the editing is handled. It flips the script on some cliche slasher elements but also embraces some of them, forming a story that is largely unpredictable. The pacing starts off quite slow but then once the main plot kicks in it is a lot of fun. Overall I feel this does well to please both fans of horror and comedy but at times can be too ridiculous for its own good.

The film opens and then the unique style it adopts hits you like a tonne of bricks. From the outset you notice there is something off about this world, the characters behave weirdly, the dialogue is a little campy, there are exaggerated sound effects over basic hand movements and all this combined with the slow pace of the opening can be overwhelming. The slow pace works for what it is trying to do, it is setting up the main players in the story and their relationships and injecting clever morsels of foreshadowing here and there but the quippy dialogue and campy humour feels out of place in what is at the time a relatively normal plot. But from the moment the extended cast are introduced it picks up the pace and becomes a fun and very eventful adventure that balances the horror and comedic elements well. From this point everything goes by so quickly you won’t have time to be bored because it is a constant thrill ride and whether you are laughing or in fear for Cole it has you hooked. The humour comes through in the ridiculous behaviour of characters and the silly dialogue that outlines almost every scene and for the most part it works, and it works mainly because the delivery from the actors is spot on. 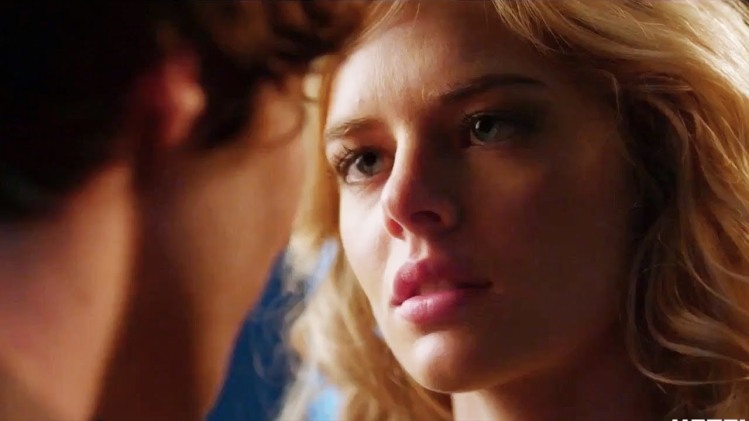 As far as the characters go there isn’t much complexity to their personality, they are one note and all have a unique persona that the actors all embrace. Judah lewis is good as Cole, he is a character who you root for and you feel even though he is the victim in this situation he fits in with the tone of the film. Samara Weaving is the biggest highlight pulling off the charming nature of her character but also her creepy and evil side. The rest of the satanic cult; Sonya (Bella Thorne), Max (Robbie Amell), Allison (Hana Mae Lee) and John (Andrew Bachelor) were all very entertaining in their own respects and the performances behind these characters were all unique and spot on. In a more grounded thriller these characters would not fit at all but in the silliness that is this movie you accept their presence and just enjoy the antics that ensue. But where much of the ridiculous moments do work I feel that there are moments where the campiness goes just a fraction too far, it isn’t often but there are parts where even a suspension of disbelief can’t help. 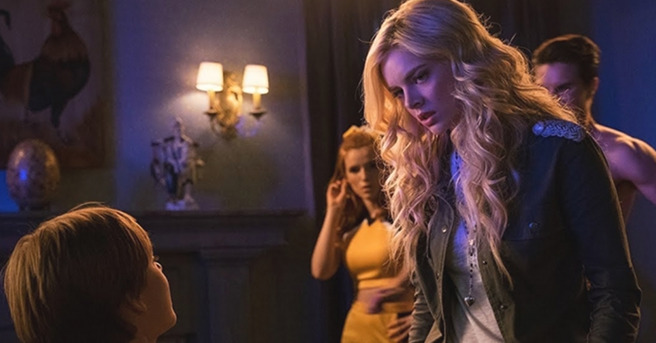 So in the end this is a horror comedy that embraces both genres fairly equally with a slight emphasis on its campy and ridiculous nature. The opening act takes some time to execute some fantastic foreshadowing but can be overwhelming with the random and sudden occurrences of odd behaviour. But once the main plot kicks in there is much fun to be had with all of the characters to get you through this relatively short movie. One role I didn’t talk about is the minor presence of Emily Alyn Lind (Revenge) as Melanie who unfortunately doesn’t have a lot of screen time but I loved every one of her moments. If you catch this film at home with a group of friends this’ll be a very fun time full of blood and comedy.