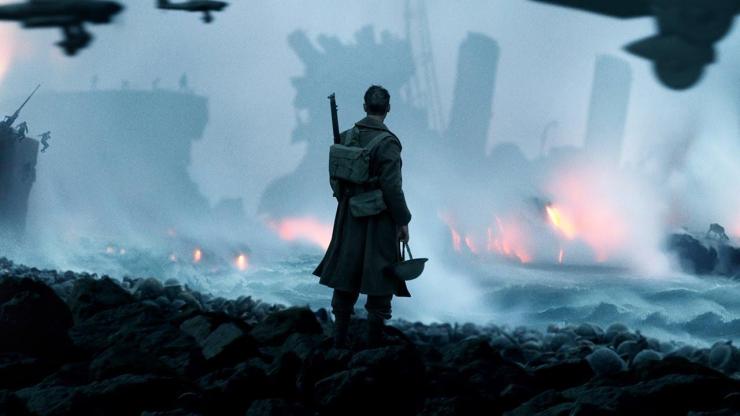 Dunkirk is expertly written and directed by Christopher Nolan and to put it simply; it’s a breathtaking spectacle. The film is a World War II thriller focusing on the desperate evacuation of troops from the beaches of Dunkirk before the Nazi forces arrive. From the opening sequence, hell, from the opening shot I was fully locked into this story and the characters and emotionally invested in every damn moment. Every second is intense and gruelling and you barely get a chance to breathe as there is a constant sense of imminent danger that never leaves, even in the happiest of moments. The cinematography from Hoyte Van Hoytema (Interstellar(2014)) is absolutely stunning, there are countless moments where I found myself getting lost in the simplistic beauty of a number of shots. The performances across the board are emotionally riveting and they all combine in what is hands down the best ensemble of the year.

The telling of this incredible story is executed in a very unique and refreshing way and one which I won’t spoil here as I believe it is well worth experiencing the journey on your own. But it sucks you in from the perspectives of multiple different characters operating in different areas who all have a crucial role in the evacuation at Dunkirk. It never once stutters or skips a beat from start to finish and is truly mesmerising every step of the way. Each perspective that is focused on here is unique yet unified by everyone being affected by the same harrowing event. I mentioned the brilliance of this ensemble cast where every contributor is phenomenal but if there’s one person that shouldn’t be overlooked it’s Fionn Whitehead who plays the lead role in Tommy. He was emotionally captivating from the get-go and sold me completely on every bit of desperation and fear he experiences. The rest of the supporting roles though, from everyone including Mark Rylance, Tom Hardy, Kenneth Branagh, and even Harry Styles put their all into each of their roles and all elevate what is a near imperfect film.

If it wasn’t for this year’s release of Blade Runner 2049 this movie would undoubtedly be my #1 pick for the academy award for best cinematography because it is just astounding. I believe the entire film has been shot in 70mm, something rarely seen today and it pays off in the beauty of a number of sequences. And one cannot talk about Dunkirk without acknowledging Hans Zimmer’s jaw-dropping score that builds the eerie and horrifying atmosphere surrounding the soldiers at Dunkirk. You will find yourself lost in this time period as the score does it utmost to put you in the soldiers shoes. But as incredible as each of these departments is executed it is very clear this entire film is put together under one mans unhindered vision; Christopher Nolan. He pulls everything together magnificently and it all works to form what is one of the greatest films of the year and one of the best war films in history.

So in the end expect Dunkirk to make a big splash come Oscar season in a number of categories, but even if it doesn’t win a lot you can be sure it will be represented in the nominations thoroughly. If you are a fan of war thrillers then this is a movie you absolutely cannot pass on as it will affect you emotionally through this gripping telling of what occurred on the beaches of Dunkirk.