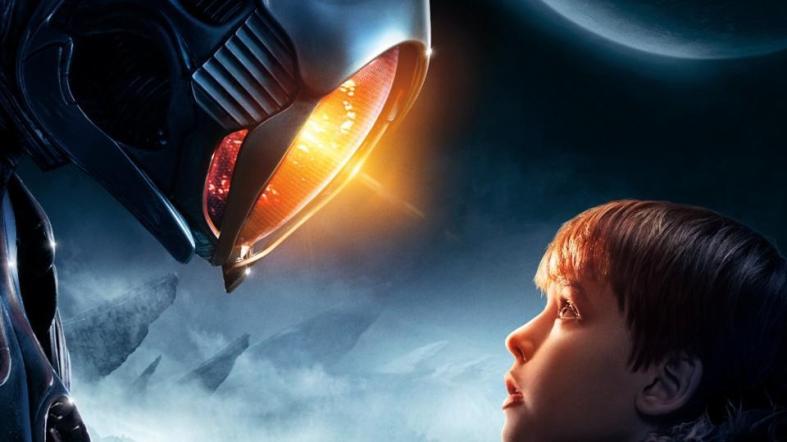 This review will be SPOILER FREE.

Netflix’s Lost in Space is a modern reimagining of the classic 1960’s sci-fi series which followed the Robinson family whose space colonisation mission goes off track leading them to an unidentified planet that they struggle to survive on. This reimagining adopts the same concept, the family crash land on a distant planet and must find a way out with the help of a robot who befriends the young Will Robinson. Overall this is a great family sci-fi adventure series with an engaging story and strong cast of characters that manages to execute action, comedy, and suspense very well. The series very clearly has a massive budget behind it if the visuals are any indication where that doesn’t necessarily translate to quality TV, it certainly helps craft this futuristic off-earth adventure. The 10 episodes feel very tight-knit and a perfect length suitable for telling this story without drawing things out for too long. It adopts a quick pace which wastes no time kicking off this adventure and keeps this pace up for the majority of the series.

Right off the bat this new Lost in Space impressed me because of the way it doesn’t waste any time with extensive character backstories or introducing these characters before their space expedition. The first time you meet these new characters is in a moment of peril when their ship begins spinning out of control and crash landing into this new planet. This is such a great way to start off a series because it hooks you instantly, if the first episode was entirely made up of everything on Earth that got the Robinson family to that moment it wouldn’t entice as many people to keep watching. You do get that information but it’s provided periodically and only at the opportune moment that you need to know it. At the core of this story is the Robinson family, made up of Maureen (Molly Parker), John (Toby Stephens), Penny (Mina Sundwall), Judy (Taylor Russell), and Will (Maxwell Jenkins). They are the heart of this story, their journey is always at the forefront and no matter which member of the family is being focused on I was fully invested and that is entirely due to how strongly everyone was introduced early on.

There is this family dynamic at play which feels incredibly genuine to where you completely buy the fact that this is real kind loving group of people who are of course not without their problems. The blending of all of the personalities in here makes for a number of great family moments that are either comedic, tense, or very effectively emotional. There is a tonne of heart and emotion packed into this season and it’s not done in a sappy sort of way, it’s all very purposeful and natural in the way it strengthens character relationships and never takes away from the sci-fi story. As a testament to how well this strong family connection is portrayed there is a small moment in the first episode, not even 30 minutes after meeting these characters for the first time that is a real gut punch and damn near bought me to tears. All within the first episode you get a clear idea of each individual’s strengths, weaknesses, and what makes them unique and stand out from everyone else. This brings light to each member of the family and refrains from leaving one or two members forgotten in the background.

Penny for instance is the vessel for the majority of the comedy in the series, especially early on, and this sarcastic rebel teen attitude makes her stand out above and beyond. Mina Sundwall’s comedic timing is absolute gold and I was cracking up a number of timed because of her quick one-liners. And what’s great is none of the comedy feels out of line with the overall tone of the series, it’s there because some characters are naturally funny but it’s not overdone to where everyone is spontaneously cracking jokes. Judy is a character who probably has the most growth over the course of the season when compared to where her mindset is in the beginning. Now I’ve mentioned a lot about how the main family of characters are very strong and engaging but when it comes to the supporting characters there are some that are well featured and great to watch but that can’t be said for the majority unfortunately. Don West (Ignacio Serricchio) is one supporting character who I absolutely loved every minute he was on screen. He has an intelligent, sarcastic, and snarky yet caring personality who is an absolute joy to watch. The rest of the supporting characters aren’t bad it’s just that there isn’t enough time spent with them to really connect with them. 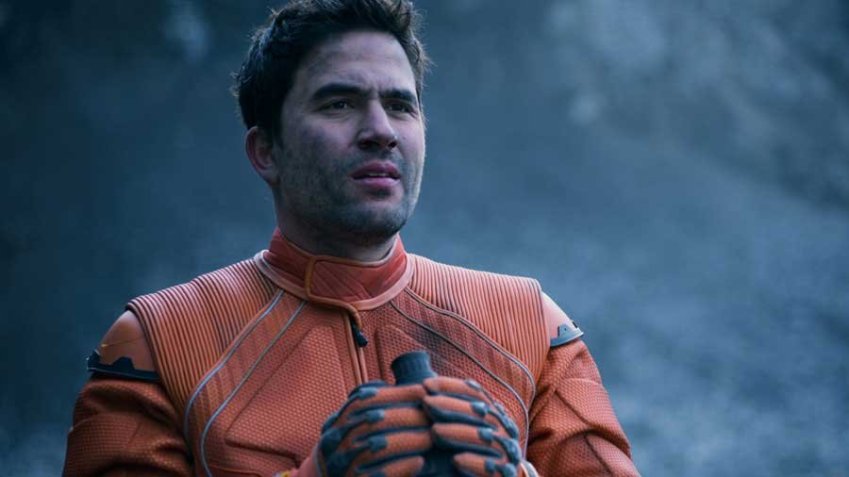 And now we get to one of the most eagerly anticipated elements of this new Lost in Space reimagining and that is the robot who joins the Robinson family on their adventures. And I have to say that this rendition of the Lost in Space robot which is insanely different from the one in the original series is absolutely fantastic. He has a tonne of depth to him and actually grows and develops his personality as the human characters do to the point where you care for him just as much as you them, if not more-so. You know what, a good indication that this series successfully allows you to connect to this robot on the same level as the human characters is that I just subconsciously referred to it as a ‘he’. As far as the design goes, I’ll get to that shortly.

Now, Lost in Space does have a villain in the form of Dr Smith played here by Parker Posey. She is a very spiteful villain who it is very easy to despise right from the get-go, she’s a villain who does exhibit some moral complexity here and there but at times does revert back to a more simple evil for the sake of evil type of villain. I don’t want to spoil anything about her role in the story but where I did like the way the character is presented overall she’s probably the most up and down aspect of the season.

I mentioned that the season is very well paced and at 10 episodes it doesn’t have any room for downtime and remains thoroughly engaging the whole way through… but it isn’t perfect. There are small sections here and there during some subplots that momentarily slow in pace but it does pick itself back up relatively quickly and doesn’t have that much of a bearing on my overall enjoyment. They’re not uninteresting sequences they’re just noticeable a little slower than the typical rate of progression. Another small thing I noticed happen two times in the series is that after a somewhat major event the immediate aftermath is slightly skimmed over to where I feel like there’s some rich character moments that could have been highlighted but weren’t for some reason. Again, these are minor quarrels but they are there so I have to mention them.

So, in the end this new Lost in Space reimagining is gripping from beginning to end, a tonne of fun and follows a group of characters who you will most certainly fall in love with within a matter of moments. It executes comedy well, action, has stunning visuals, some suspenseful moments and is outlined by some damn good performances.

Now if you are someone who may have been a fan of the 60’s series and that is the show you want to see be reborn here, you will absolutely be disappointed. I have been calling this new series a Lost in Space “reimagining” as oppose to a reboot  because this really is a reimagining of an old series for a modern audience. You have to remember, TV was unbelievably different 50 years ago. Long-form serial TV was the main format for TV shows and it was still the main format going into the 90’s and early 2000’s. But although that format does still exist now, TV has transitioned into favouring much shorter seasons with a more focused and concise story that is more connected from episode to episode. So as the structure of TV series’ have changed over time so has the content and that is why it is so different whilst still incorporating some of the main ideas from the series. And the same goes for the robot, anyone complaining about how it looks radically different from the original shouldn’t be. The design of the robot in the 60’s series was meant to have a futuristic aesthetic, and at the time that design was futuristic. Now you can build that out of spare parts in your garage so this new robot design is futuristic relative to the time we live in. I very much understand and welcome the changes but then again I didn’t have an attachment to the original series so it’s much easier for me to adapt.