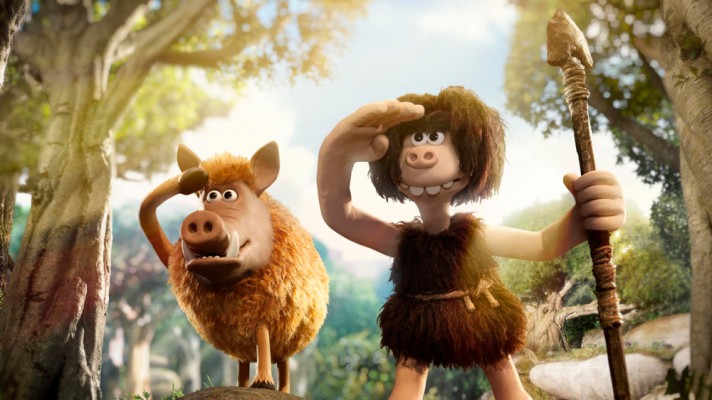 The incredibly talented Aardman Animations are back with Early Man, a stop-motion animated sports film that is filled to the brim with puns and clever wordplay pertaining to the world of football. The story follows Dug (Eddie Redmayne) and his Stone Age tribe who challenge Bronze Age invaders led by Lord Nooth (Tom Hiddleston) to a game of Football in order to save their home. You can always trust in Aardman Animations to provide a uniquely stylistic animated film with a fun family-oriented story containing ample humour for everyone, and that is the case here. Early Man is at its core a very fun light-hearted story that the whole family can watch and enjoy with an added bonus for those interested in football/soccer. At only an hour and 20 minutes in length there isn’t much depth to the story and it plays out as you’d expect, but with the consistent comedy throughout it’s a very satisfying ride. 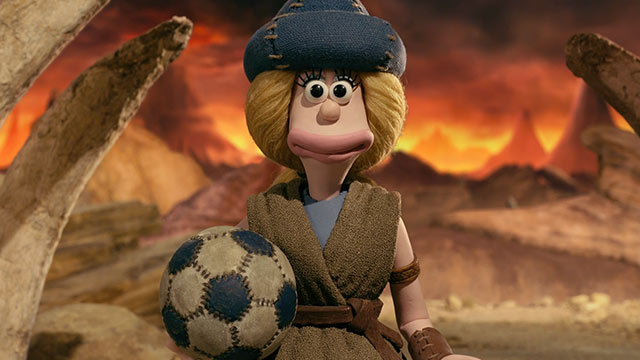 The humour is where the heart of the film shines through and there is plenty of it to go around. There are a lot of smart, quick, witty jokes that mostly come subtly through the rapid dialogue between characters and they hit almost every time. There are next to no fart jokes which is a blessing and very little physical humour but it is there to give the kids some cheap laughs. But I mean there are a number of very funny moments for adults that had me laughing and left a smile on my face the entire time. What I mean by “for adults” isn’t that they’re dirty jokes, just that they’re jokes kids aren’t really going to understand or even recognise as jokes. By far the biggest catalyst for all of the laughs have to be the damn football puns and right from the opening seconds they come out swinging. This really is a sport comedy as football is at the centre of the story and the vast majority of the humour is oriented around the sport. And they’re not puns that are stupidly obvious and induce eye-rolling either, the wordplay is quite intelligent and that comes down to the great writing.

The story itself is very straightforward but still absolutely enjoyable, by locking you in with charming characters and a likeable protagonist you are instantly engaged and along the ride. All of the main characters are fun to watch but also pretty one-note, this doesn’t take anything away from the film for me but it should be noted that there isn’t really any room for development in here. Of all of the characters only Dug, Chief Bobnar (Timothy Spall), Goona (Maisee Williams), Lord Nooth, and Hognob (voiced by director Nick Park) have a distinctive personality and any real bearing on the plot, whereas everyone else does serve a small purpose in the story but are mainly there to deliver a couple of quick jokes. The performances are all very strong from a talent filled cast and comedic timing is on point across the board. Redmayne, Spall, and Williams do well in bringing a hint of emotion and heart to the story when needed to where I even welled up in a certain spontaneous moment that had no build-up and really had no right to do so… but it worked. 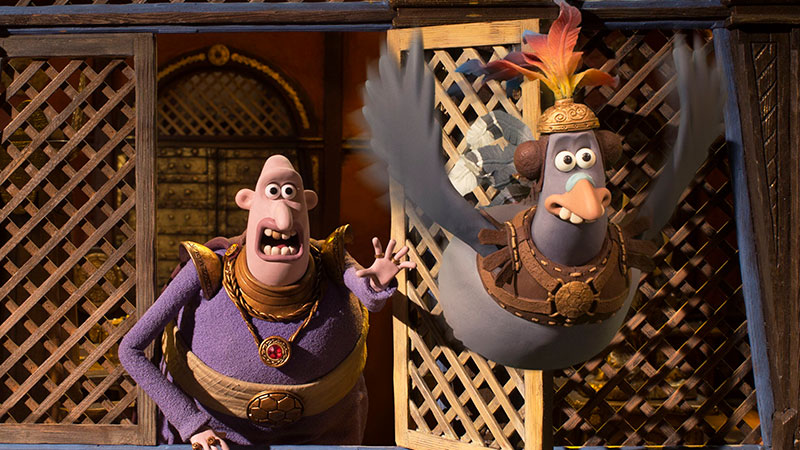 Aside from a few very minor points there isn’t really anything major negative to say about Early Man. Aardman have created a fun enjoyable movie that capitalises on the focus on football and milks it for all of the puns it can conjure up and I could absolutely have done with another 50. I laughed quite a bit throughout the film and thoroughly enjoyed myself. It’s not a groundbreaking animated feature but it’s a lot of fun thanks to the witty humour, likeable characters and short straightforward story.