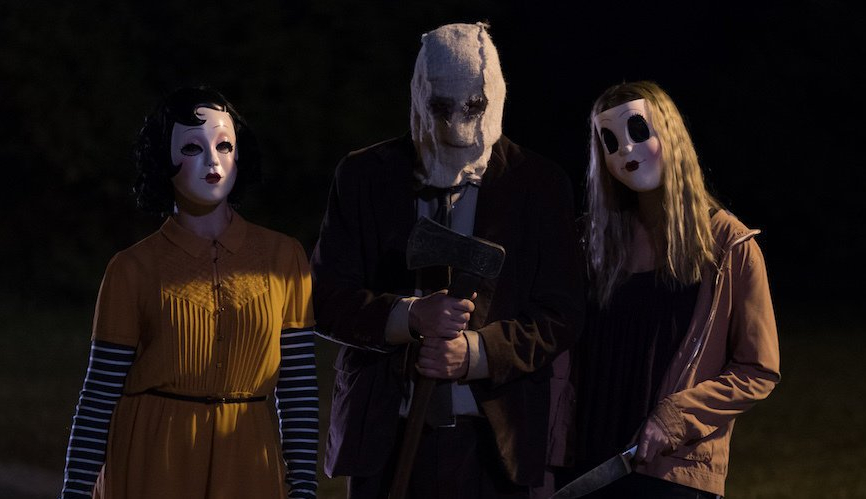 The Strangers was a pretty good but at the same time pretty generic horror film way back in 2008 and for some reason a sequel has been constantly called for in some corners of the internet since then. Now their prayers have finally been answered and we have The Strangers: Prey at Night, a light-on-story horror thriller in which three masked individuals terrorise a family of four who chose the wrong night to stay at a remote and largely abandoned trailer park… as if there even is a right night to do so. The film directed by Johannes Roberts features some talented performers who do their best to try make this somewhat enjoyable, but the lazy writing and occasional shabby editing results in generic horror thriller #246 being quite bad. Now I must say, any movie that opens to the sound of “Kids in America” by Kim Wilde has my attention, but the selection of classic 80’s tunes doesn’t do anything to redeem this sequel that arrived way too late. 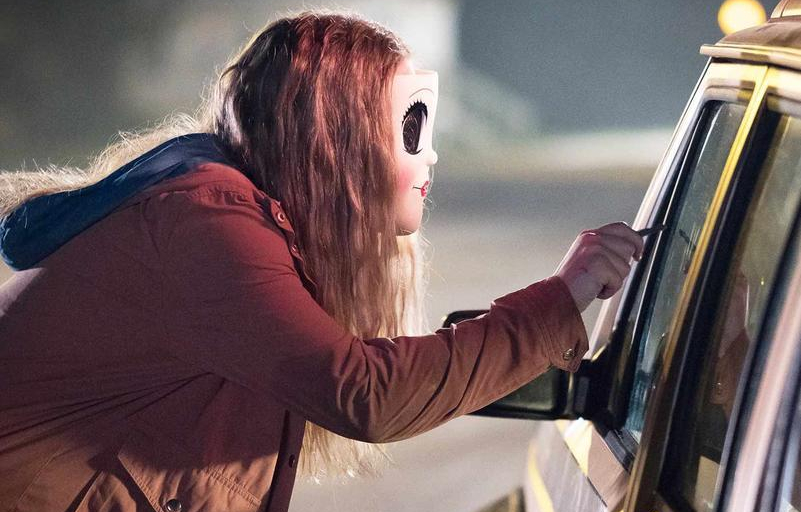 The writing here is where the bulk of the issues lie as they’ve taken a story that’s thin to begin with and the only content they’ve filled it with are generic horror tropes, infuriatingly stupid characters, and what I like to call “terminator characters” who survive shit the human body isn’t built to survive. The characters are all horribly written in terms of the efforts (or lack thereof) that they make to survive and how many unfathomably dumb decisions they conjure up. I know horror film victims making dumb decisions is something that’s existed for decades but some films sell it better and are actually scary enough to where you can excuse something like that. But here aside from a handful of genuinely creepy moments the scares don’t work and you can see them coming from a mile away. Also I have to say, a sequel to The Strangers was always going to be boxed in creatively; it needs to keep that simplicity in terms of the story because if the scope was expanded beyond a simple slasher flick it wouldn’t really be “The Strangers“.

It also doesn’t pull any punches in the way the story plays out, you can call more or less how each scenario is going to turn out and when you have a hit ratio close to 100% half way through you have to wonder what’s the point? I mean, they don’t even execute the ending well which is the biggest spastic moment of the entire thing. Bailee Madison and Christina Hendricks are two talented actors and the two performers in here who try to bring something engaging to the film in translating the script to screen. But the lazy writing and one-note cliche mother and daughter characters they’re given to play doesn’t really give them a whole lot to work with. Martin Henderson and Lewis Pullman play the father and son and where they don’t have the same on-screen presence as the female leads they’re still not the ones to be blamed here. I wasn’t engaged in any of the loose character relationships and couldn’t root for any of them which made the entire film less exciting.

Even on a technical level it all just feels very rushed and unpolished. There’s some awkward jumpy editing in the first act and a couple moments later in the film, and some distinctly weird looking shots that really don’t work despite how experimental one may be. There’s a certain shot at the pool that really doesn’t look good in the way it is set up and executed… it’s unique sure, I’ll give it that, but it’s disorienting and would’ve been better without it. And there’s one shot towards the end involving a baseball bat which actually looks dreadful, like someone edited the shot in Adobe After Effects. But at the same time there are a couple of nicely framed shots here and there that tell me the cinematographer has a good eye just not every punt works out as intended. 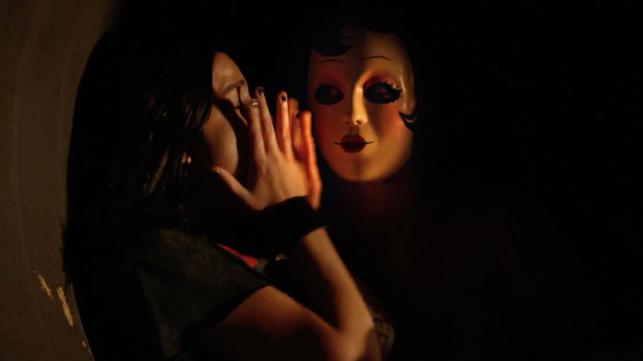 In the end though I feel as though the people who had been clamouring got pretty much what they wanted, a generic horror thriller with a thin plot and weak characters that might offer a handful genuine scares. I don’t think anyone needs to check this movie out, Christina Hendricks and Bailee Madison try to bring some life to the film but the writing lets the entire project down and it’s not all that enjoyable. This horror franchise (I guess you can call it that now) will be forgotten for another 10 years until people forget how crap this one was and call for a straight-to-dvd third film because people are weird.