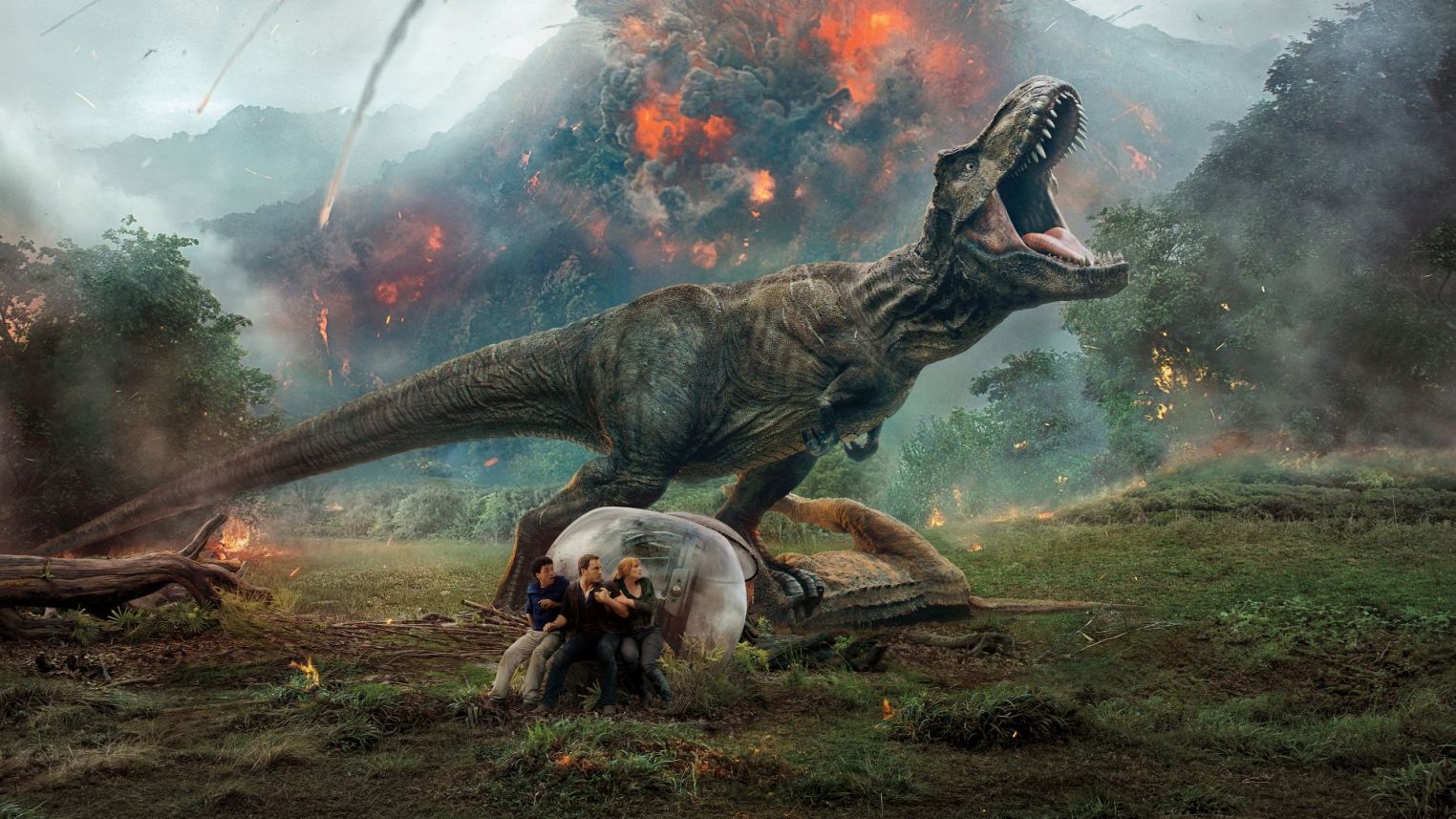 When Jurassic World hit back in 2015 it was big, full of large scale thrilling action sequences, and a tonne of fun from beginning to end. I absolutely loved it, Jurassic World: Fallen Kingdom however fails to bring much urgency to the plot and there’s a lacking supply of intense action sequences throughout. The plot of the film, or rather the basis for the plot is essentially that there is a volcano erupting on Isla Nublar and in an effort to save the dinosaurs from extinction Owen (Chris Pratt) and Claire (Bryce Dallas Howard) revisit Jurassic World to do just that. I ultimately walked out of this film disappointed, I didn’t love the story as a whole, there weren’t all that many genuinely thrilling action sequences, and I just didn’t feel any urgency from the film to move forward. It’s not all bad though, the first act is actually quite good, there are a small handful of great thrilling dinosaur moments here and there, and the leads in Pratt and Howard carry the film quite well. It’s just that the negatives for me do outweigh the positives.

I want to start with the story which was helmed by Derek Connolly and Colin Trevorrow who both worked on Jurassic World and I just don’t feel it was executed all that well. There is a clear distinction between the entire feel surrounding the first act and the tone of the remainder of the film. The first act I thought was quite good and alongside the opening scene which is actually my favourite scene of the entire film it sets up a potentially thrilling movie. But then the story takes some rather predictable turns through the second act, and despite the occasional engaging action sequence, the second act leading into the third drags on quite a bit. It just moved too slow to hold my full attention and there wasn’t much of a sense of urgency like there was in Jurassic World. The ideas behind the story here are good, it’s almost the only direction they could have taken a sequel in but the execution for me is way off. There is also one subplot in here involving a certain character that is so dumb, so redundant, and so out of left field that I don’t know why it was even a thought to begin with. If I was in that writing room and someone came to me with an idea for this subplot I’d have thrown them out and lock the door. Does it play a role in the story in the end? Yes. But it’s something that could have been achieved in a number of better ways. The entire story being told here is like Jurassic World 1.5 with the already announced Jurassic World 3 being the true sequel.

As far as the characters go, the returning Owen and Claire are the strongest of the bunch with their already established place in this world giving them a head start over others. Pratt and Howard are great in their respective roles and they carry the film well throughout so that even in its most dull moments there is some part of the film that shines through. Justice Smith and Daniella Pineda have supporting roles as Franklin and Zia who accompany Owen and Claire and they’re just fine. They have a couple of decent moments but they don’t really make the film definitively better. Like the two kids in the first film, I thought they were fine, added a bit to the story, wasn’t mad about their presence. Rafe Spall plays the villain of the film who is not only a shitty person but also a poorly written cliche villain who borders on evil dick for the sake of evil dick. I didn’t enjoy his character at all, there wasn’t a single scene in which I rated this villain role and even then he still wasn’t the worst part of the film. Isabella Sermon plays the young Maisee Lockwood in here and for her debut acting role she’s great, no complaints about her performance whatsoever. Her character on the other hand and the role she plays in the film really isn’t great at all.

The thrilling action sequences are what make a Jurassic film what it is, Jurassic World for example highlighted plenty of intense sequences involving the Indominous Rex terrorising our main characters. Fallen Kingdom however doesn’t really offer many of these moments especially throughout the entire second act and it leads to a film that feels drawn out and longer than it actually is. Don’t get me wrong, it has its moments (albeit brief), but these moments aren’t anywhere near as engaging as those in its predecessor and there aren’t really any stakes at play here. There is a disappointingly low level of dinosaur action in here and when that is your main selling point it isn’t going to turn out well. The music is also an iconic component of the Jurassic franchise but I didn’t love Michael Giacchino‘s score here even though you do hear the iconic theme weaved in here and there. There wasn’t that same magic captured through the music so that was another letdown.

So, in the end Jurassic World: Fallen Kingdom is a disappointing sequel that is lacking in action, story, and failed to capitalise on doubling down on some really gripping sequences. It sets up a continuation of the Jurassic World story well which is no surprise but it ultimately makes this movie feel like merely a stepping stone to get from point A to point B. There’s no real sense of urgency in the plot and it moves at a pace that could have been quickened up a little. All that topped off with an atrocious subplot that should not have been in here places this film more alongside Jurassic Park 3 as oppose to Jurassic Park.