NO SPOILERS for Season 6 of Orange is the New Black 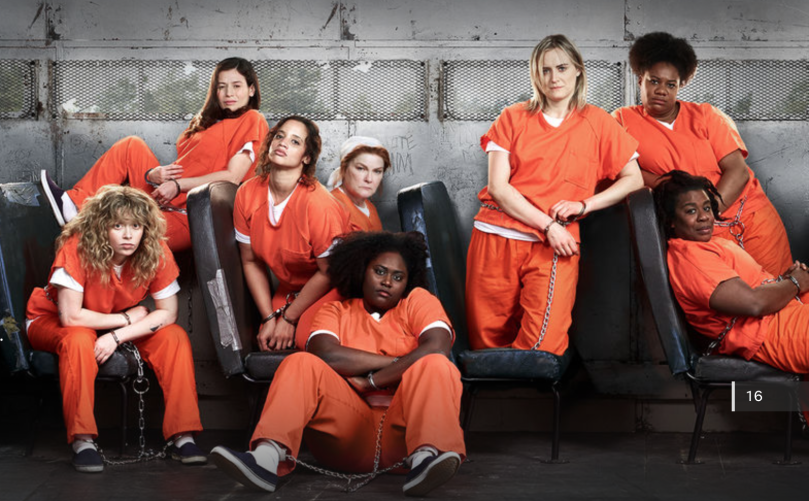 Orange is the New Black returns to Netflix with its 6th season and focuses on the aftermath of the season-long riot that saw the Litchfield inmates shipped off to Max. In a first for the series this season brings with it a location change, finally moving out of Minimum Security and over to Max where we get a number of new faces but also lose a few in the process. There was an emotional and sombre tone looming over season 5 and that runs into this season with plenty of drama both in and out of the prison to fill the 13 episodes quite comfortably. Overall this season I feel is stronger than the last, it’s paced quite well, retains the same level of snarky humour, has some great character development, but isn’t without the occasional dips in pace and feeling like it’s hitting some similar beats. 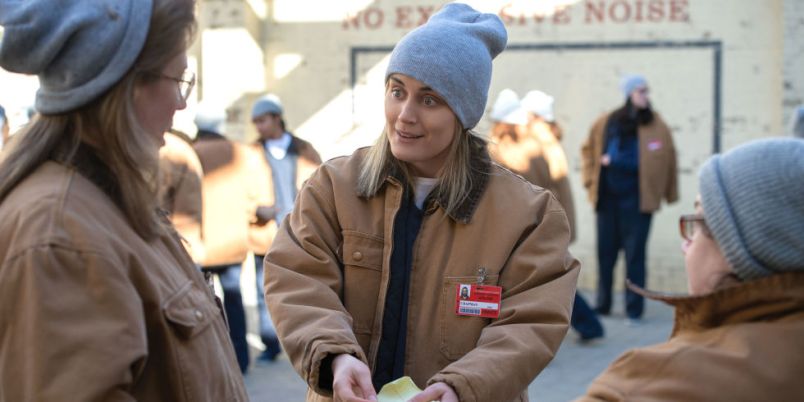 Moving to a new prison for the first time does breathe new life into the show which would have become stagnant really quickly had life for these inmates continued in Minimum Security. The new location brings with it new storylines, new guards, new inmates, and allows for the conception of some new storylines, most of which are quite enjoyable. The transition to this new prison is handled real smoothly early in the season and they balance the focus on the new and old characters so that it all feels new but not too different. You still have the presence of the douchebag guards, douchebag inmates, the ones you like, and the looming presence of drugs and this is all both good and bad at the same time. It gives the season enough character subplots to fill all of its episodes but at the same time there are a few character beats it feels like it’s hitting again from previous seasons. It does its best to differentiate itself but the parallels are still present. The new prison brings with it gang warfare, something that has been present on a small scale in the previous season but is a much larger presence here and brings with it a tonne of entertaining drama.

The use of flashbacks as a storytelling and backstory technique do return here to flesh out new characters a little more and they’re effective in giving you an idea of who all these people are. They’re integrated into the episodes really well and I feel the writers have a good grasp on this after 6 seasons. There are some heavy themes explored this season that stem from the riots in season 5 and Poussey’s death is season 4 but there is still a good amount of humour to contrast all that. Some episodes are tonally up and down where comedic moments come before or after some dramatic beats but for the most part it’s all well balanced.

The two new characters who make the biggest impact on the season are sisters Carol and Barb played respectively by Henny Russell and Mackenzie Phillips. I loved their presence this season and thoroughly enjoyed their storyline which does have a connection back to a certain inmate we already know. The back and forth between their control over their respective blocks was a fun dynamic and gave the season something to set itself aside from the others. As for the returning characters their storylines are continued here from season 5 and are some of the most engaging in the season because they’re characters we’ve spent a number of seasons following. I won’t go into all of the returning cast because there are a lot in the ensemble and a number of different subplots but I’ll cover a few points. Piper (Taylor Schilling) and Alex (Laura Prepon) continue their up and down relationship and are still the face of the series and just as great here. Danielle Brooks who plays Taystee gets a lot of time to shine as she has her own arc which gets a tonne of development and she is the best she’s ever been. Doggett (Taryn Manning) has an arc this season that doesn’t quite work as well as everything else going on but Taryn is still great in the role. There are some riveting emotional moments involving some of the above characters and others throughout the season that give the season a tonne of heart without compromising the comedy at the same time. 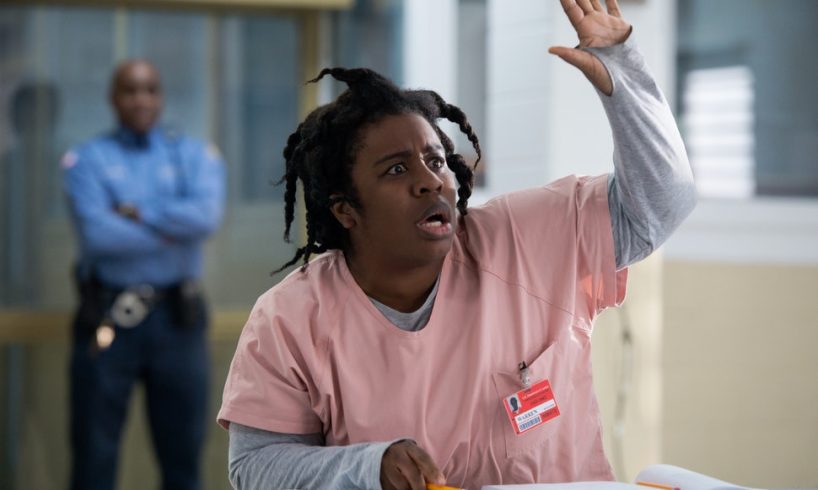 I feel like this season as a whole is a great followup to the events of season 5 and does well to set up and lead into a season 7 which has already been confirmed. The new characters and storylines are engaging (and sometimes frustrating) and the returning cast are as good as you remember them in previous seasons. Each and every character has their own arc with their own drama the spotlight is shared around pretty well. There are some dips in the pace here and there through some of the central episodes but it all goes by really quickly as there is so much always going on. As much as I enjoyed this season though I don’t feel like the show has that much steam left in it. I’ll give it another 1-2 seasons max before I feel like it should tie everything up before it gets into a rut of not feeling original anymore. But for now it’s still going strong and I’m looking forward to where they go from here and if we’ll ever see any of the large number of characters who didn’t make it back for this season.