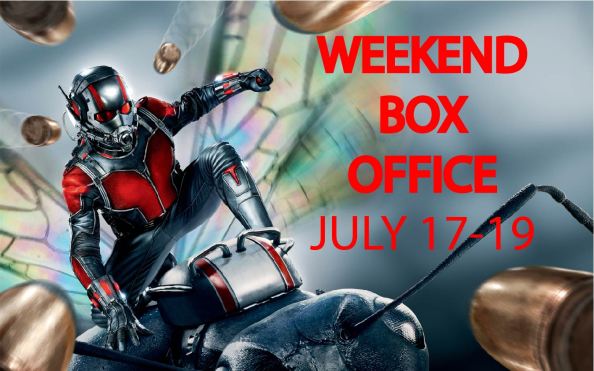 The weekend Box Office estimates for the US are in and this week the number one spot went to none other than Ant-Man, taking in $58M, just below its projected opening of $60M. The number may seem underwhelming when you consider that other Marvel properties are reaching the $100M mark but there are a few factors that come into play to make this opening weekend a good opening for Marvels newest superhero. People do know that this is a Marvel movie so that will get some people to see it just with that information, but Ant-Man is definitely not a household name, the general movie audience is not going to know who Ant-Man is so you are not going to gather a large audience based solely on the name alone. And you may be thinking, ‘Well no-one knew who Guardians of the Galaxy were and that made $94M’, and that is where my second point comes in; Guardians was a large scale film, it was a Space Opera at its core, and so, many of the general public went to see Guardians because of its massive scale sci-fi elements drawing people in. Whereas Ant-Man is a much much smaller scale film, focusing on one man on Earth in a heist film and there isn’t as big of an audience when it comes to small heist films as oppose to large space operas. So the fact that no-one was very familiar with Ant-Man was the reason it couldn’t make that $100M in opening weekend, but with word of mouth after seeing how good the film was, we could see Ant-Man make more progress in the next few weeks.

Lets get to the full list of numbers shall we before we discuss them:

Ok, so lets start with Minions which finished in second place and earned a big $50M in its second weekend, now despite still making $50M it is a very large drop off of over 50% from its opening of $116M last weekend. I guess most of those young kids that wanted to see the movie were taken to see it in the opening weekend and maybe did not want to go back for repeat viewings. The next film on the list Trainwreck or even Ant-Man could have done some damage to this film with the parents deciding it was their time to go see a movie after being dragged into Minions. 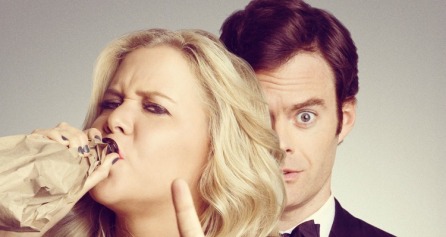 So, in third place, Trainwreck, the Amy Schumer R-rated Comedy exceeded all expectations to debut with a strong $30M opening. Especially surprising as R-rated comedies don’t seem to always do as well as this, usually flopping with $10-15M. Amy Schumers rise in popularity recently appears to be the biggest and most obvious reason for this movie being so successful.

Finishing in fourth and fifth place are Inside Out with $11.7M followed closely behind by Jurassic World with $11.4M. Nothing surprising here, the two films are nearing the end of their run and may stay in the top 5 for one more week or possibly two, to grab a little more extra cash on the way out.

So that is all for this weeks Box Office result breakdown, I will have an update with the official numbers below when they become available very soon, so make sure to check back for those. What did you guys think? Were you surprised by any results? or did everything play out exactly how you thought they would? Be sure to let me know and i will see you in the next one.