‘Mr Holmes’ tells the story of the later years of a retired Sherlock Holmes, where he attempts to fight dementia and re-tell the mystery of his last case with the help of a young boy who takes an interest in the Sherlock Holmes myth. This movie was a very dramatic tale that also incorporates a lot of mysterious elements that make for a very compelling overarching story. But for me, the device that worked the best in this story was the relationship between Mr Holmes and the son of his housemaid, Roger. The way this relationship played out throughout the film was incredibly interesting the way it factored into the overarching plot was very well done. Through these character interactions you really are able to learn more and more about this rendition of Sherlock Holmes and as they peel away the layers of his past you get a really good idea of what he has gone through in his life to make him retire to the care of his bees. 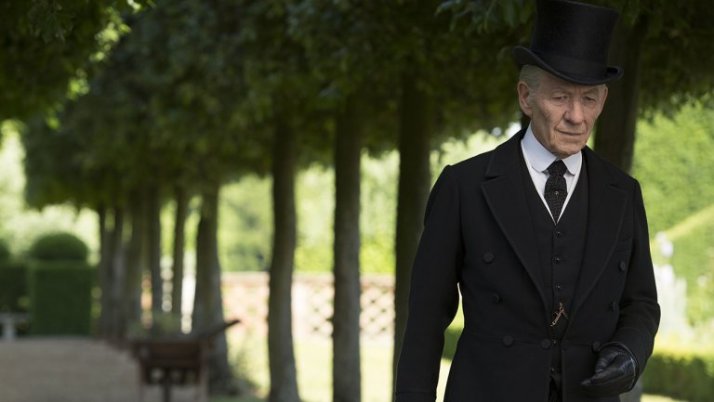 They were both very compelling characters and the extreme age difference allowed them to play off each other really well and gave us some funny, and emotional moments and an overall very light hearted tale. These character relationships would not have been as effective and believable as they were if they weren’t backed by some great performances by veteran actor Sir Ian McKellen and youngster Milo Parker. They were very convincing in their roles and had great chemistry, but much of the life of the film is delivered my Sir Ian McKellen.He really captured the Sherlock Holmes role, and managed to play a very toned down version of the character whilst still managing to show off some of his masterful detective qualities. He really showed once again the level of his acting ability by being able to play a very serious and mysterious role as well as bring out a slightly more fun and sarcastic side that made his character more than just an old retired detective.

The overall plot was very compelling, you discover bits and pieces about his final case in small chunks throughout the film, so you are constantly trying to piece the mystery together just as Sherlock is, and that adds a real connection between the character and the audience. Some of the jumping back in time in the early moments of the film took a little bit to fully grasp what was happening but it quickly made sense and it was all good from there. It was running at a slow pace that fit with the mysterious tone really well, it didn’t detract from the film at all and gave the audience time to try and piece together the information as they go along. The biggest thing i didn’t like for most of the film was the character of Mr Holmes’ housemaid. I found the character quite irritating for the first 3/4 of the film, and although she did service the plot, at times she felt like more of a hinderance to the plot as oppose to a participant. 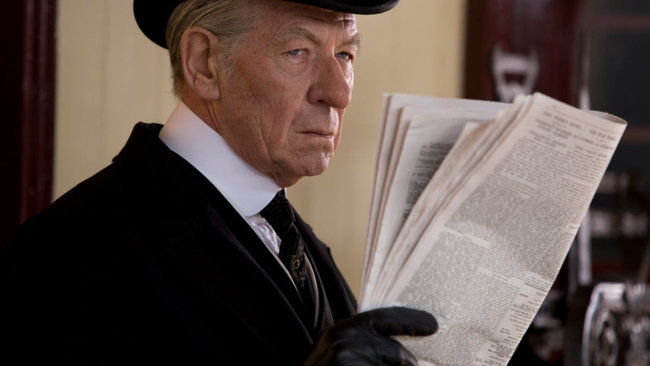 If you are looking for a more fast paced, action packed version of Sherlock Holmes, you most definitely won’t find that here. This is a very character driven Drama that focuses on character relationships and have them drive the film forward. It also incorporates a mysterious element that makes for an interesting and compelling overarching plot starring a different but also familiar version of detective Sherlock Holmes.