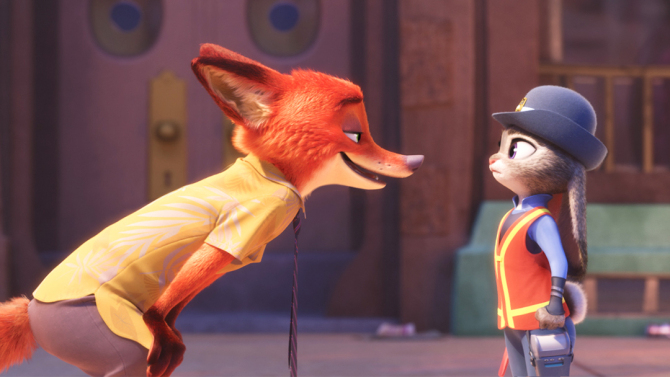 Shakira is a Gazelle………… Not a Goat goddammit….

Zootopia is essentially a buddy cop movie disguised as an animated comedy, and it really worked. It follows Mary Margaret aka Snow White aka Judy Hopps who dreams of being bigger than a simple carrot farmer, and makes it her mission to be the best police officer in Zootopia. And that pretty much nails the theme and message of the entire film; be who you want to be, despite what other people tell you. I gotta say, this was a very well made film across the board, the animation as always was beyond fantastic, it offered lots of comedic moments for all ages, was greatly paced, and had a very engaging story that sucked me into the film. There wasn’t anything i particularly disliked about the film, it just did its job as an animated comedy directed primarily at kids, with some subtle adult jokes, as expected. 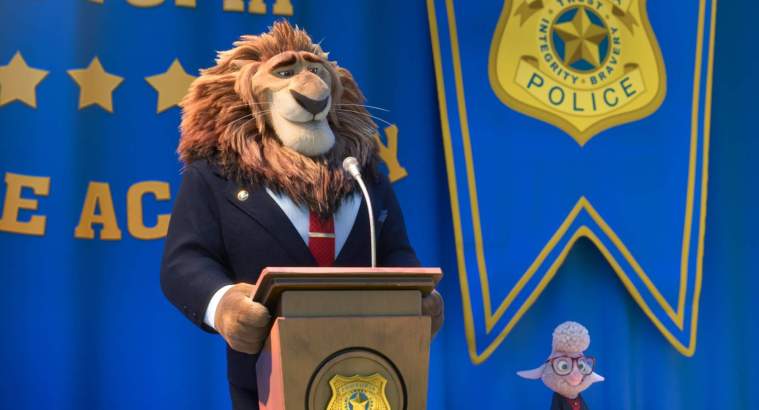 This was a very lighthearted, fun film that really did not slow down at all, it kept up a really fast moving pace that only sloths could slow down. The amount of anthropomorphic jokes they were able to pack into this film was pretty impressive and it gave you something to laugh at consistently throughout the film. So humour-wise this was Disney pretty much nailing it again, appealing to all audiences and making it a very fun time for the whole family. As for the characters, i really liked Judy Hopps as this ‘cute’ rabbit trying to be something more, and she was a really fun character to get behind. Doesn’t change the fact that i could only picture Snow White whenever she spoke, damn ‘OUaT’. And Jason Bateman as Nick Wilde worked really well as this sly con-artist fox, but where their characters really excel is when the film lets their personalities play off each other, which made for the most entertaining parts of the film. It also adds to the whole buddy cop feel of the film. 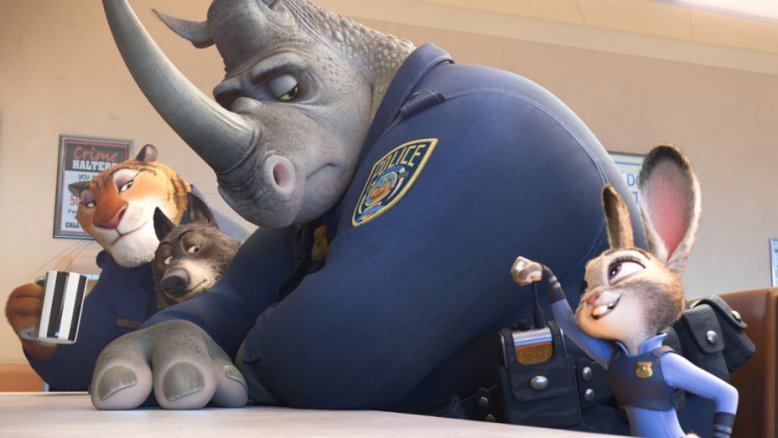 Now as for the story, it surprised me how layered this story was, it was simplified for the younger audiences but it was still very compelling and the way it developed throughout the film was really great, and i didn’t see a lot of it coming until just before it happened. The film has like a mini ending an hour into the film where up until that point it had played out more or less how i expected it to go, but then it really turns up the heat, activates the feels, and continued to deliver right up to the final moments. The cast is also supported by Idris Elba and JK Simmons, two amazing actors and all i could think about when i heard their characters were Shere Khan and Terrence Fletcher (Whiplash), still great inclusions though. 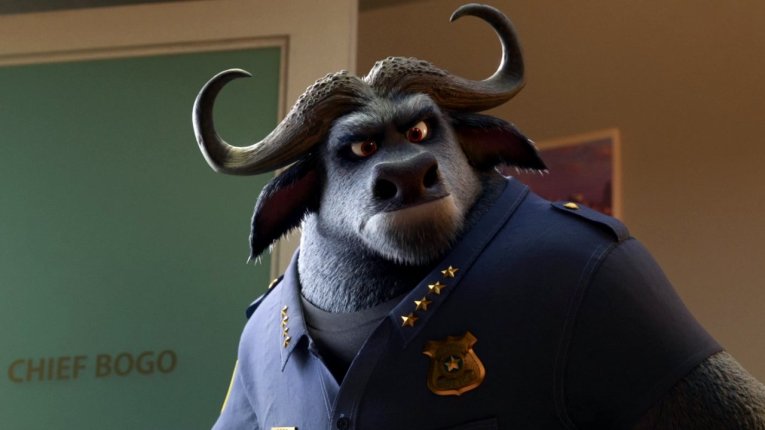 So in the end, this is a very fun family film that all ages will enjoy. The humour is all there, the story is layered yet simple for the younger audiences, and you can really get behind the characters in this film. And Shakira is a Gazelle…..