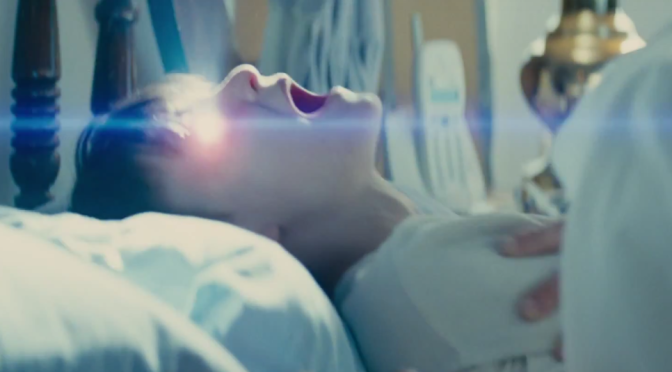 Wow, ‘Midnight Special’ is breathtaking. This Sci-Fi film ditches the massive budget, the huge action set-pieces, and the distracting CGI and ops for a more constrained film full of intense gripping sequences, emotion, and a story that straddles that line between vague and direct to literally let your imagination run wild. Directed by Jeff Nichols, and starring Michael Shannon, Joel Edgerton, Adam Driver, Kirsten Dunst, and Jaeden Lieberher this movie was packed to the brim with excellent performances and a fantastic directing job. It essentially follows a young boy and his father who go on the run after people learn of the kids mysterious powers. I will keep it at that because as this story unfolds you are constantly in awe at what is happening and always itching to know more.

Firstly i have to commend the amazing writing/directing by Jeff Nichols, he hit a home run here, his visual style and the way every shot and every sequence is crafted is done either perfectly perfect or perfectly imperfect and it all adds to the overall experience of this movie. He really channels some inner Spielberg here and stylistically reminded me of E.T in terms of the tones explored in the film which can only be a good thing. Only where E.T goes full force with the fantasy idea, this movie for the most part manages to hold it down and remain a little more natural and grounded. I have completely missed Nichols’ previous works and this may be a sign for me to go back and see what else this guy can do with his talents. This movie and 2015’s ‘Ex Machina’ have really thrust the Sci-Fi genre back to my attention where it had previously been riddled by films with terrible plots and enough CGI to almost completely ruin the experience.

And the performances were all just as strong as each-other, the experience of Shannon, Edgerton, Driver, and Dunst shone through here as they gave it their all, dedicated themselves to their roles, and were just so captivating to watch. Michael Shannon and Joel Edgerton in particular were absolute delights to watch. You never saw through the characters they were playing, and they both elevated every scene as supporting characters. Because no-one was a bigger star in this film than young Jaeden Lieberher as Alton, who for his age did a fantastic job. The whole mystery surrounding this kid was elevated by his performance which was impeccable from start to finish. So many amazing child actors are popping up all over the place, cannot wait to see how they improve with future roles. 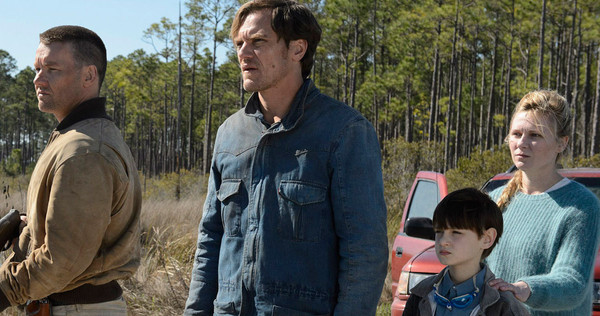 Where i think the film for me was a little disappointing was the way they decided to end the film. I still thought the way they did end it was good, but it could have been handled a lot better, and i would have given it a higher score if there were some changes made. Not going to go into any details because this is spoiler-free… but, if the film kept the last 2 minutes as it was but got rid of the 5 minutes before that then i might have had this film pushing a 9, but it didn’t really fit in with the way the rest of the film was heading. That being said, this is a fantastic film that Sci-Fi fans should definitely see. But due to the slow pace and the stylistic use of CGI and Sci-Fi elements it may not be everyone’s cup ‘o’ tea, as some people still prefer the space stuff with aliens and laser guns, which is fine i guess.