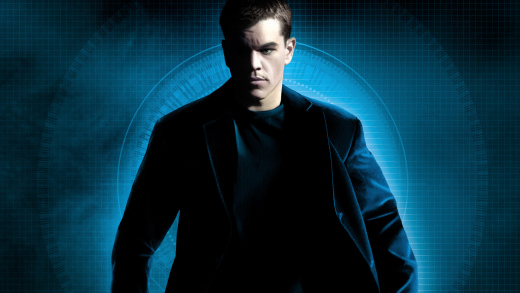 After revisiting the one that started it all; ‘The Bourne Identity’, here we are with the second film in the Bourne Trilogy titled ‘The Bourne Supremacy’. Firstly, it is very very common for action sequels to completely fall flat compared to their predecessor, they try to replicate what the first film does well but also include enough new elements to put itself one step above in terms of quality. Now although this isn’t a bad approach, finding a good balance between the old and the new aint easy and getting it wrong has killed many action franchises. Thankfully, this film tries to find that balance and does so successfully… You have all the elements and the formula introduced to us in the first film present, and also some newer story elements bought in to make this film feel like a fresh experience. Much of the success of this sequel and the franchise as a whole can be attributed to the bringing in of director Paul Greengrass, whose ability to direct action and suspense shines through immensely in this sequel.

To me this film felt like a slightly more refined and well crafted version of what Doug Liman did in The Bourne Identity. The action here was shot in a way that made it seem a lot more intense and the feeling of suspense and not quite knowing what was going to happen was greater. One of these can be seen as something Liman could have maybe done a little better, and the other is something that could only be done due to where Jason Bourne’s character is at the time of this film’s setting. The way Greengrass films the action in this film whether it be hand to hand combat or the car chases sucks you into the scene more that the scenes in the first film did. In ‘Identity’ the scenes were almost just as brutal and exciting as in this film but you did feel like you were still observing the scene, whereas in this film it is like you are there in the room feeling every punch and every hit and it all just adds to the overall experience.

As well as the action, i mentioned that the level of suspense and mystery surrounding the events of every major scene is elevated in this film, to a level you could not get to in ‘Identity’. This is due to the fact that in this film it is safe to say that Jason Bourne is much smarter than before, he is remembering a lot more and therefore he goes into every scenario always knowing more than both the government and you. It makes for a lot and i mean a lot of exciting scenes that never go exactly how you thought they may go. The pacing in this film is also a lot more upbeat than before, it never slows down and is always moving from place to place, action set-piece to action set-piece giving you very small windows of time where you can relax. And you thought turning a pen into a weapon was impressive?? That’s easy, it has a sharp point, not too much different from a knife….. try going up against a knife-wielding enemy with a fucking magazine… unless you’re Jason Bourne, you’re not walking away from that fight alive.

Performance wise, this film is almost just as strong as the first film although it maybe does lack a compelling character to replace Chris Cooper’s character in the first film. Joan Allen’s ‘Pamela Landy’ was a character serviceable as being the one in the way of Jason Bourne’s chance of freedom, but the reasoning for her involvement in the film was pretty unclear and it did feel like they bought her in because they needed a new evil government official. Karl Urban could have had a little more of a prominent presence in the film as he made little to no impact on the film outside of the entertaining action scenes. Again the franchise tiptoes around Julia Stiles’ character who is one of the more interesting ones of the franchise, pushing her to the side once again. I really do hope we see more of her in ‘Ultimatum’……

So that’s all for the second instalment in the fantastic Bourne Trilogy, overall it builds upon the elements that made the first film very enjoyable and introduces some more exciting set-pieces with higher stakes not possible with the mindset of Bourne’s character in the first film. The action is exciting, the suspense is higher and once again the film ends in a way that isolates itself from any sequels, whilst still leaving room to explore this world further.