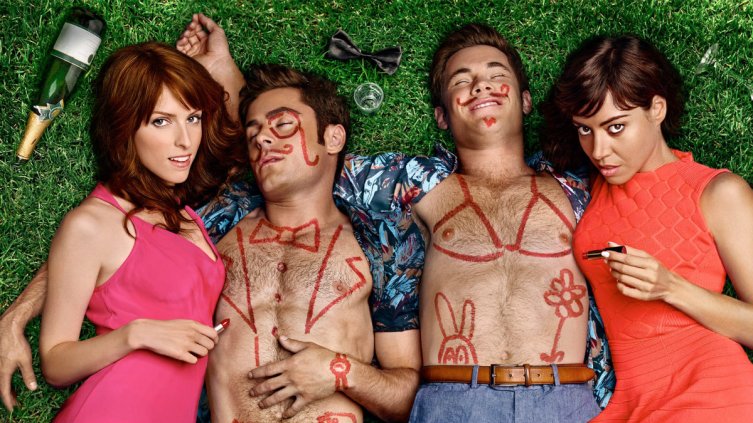 ‘Mike and Dave Need Wedding Dates’ is a comedy that draws you in with a very talented and funny cast but maintains a fairly average level of humour throughout. When two brothers (Zac Efron, Adam Devine) are forced to bring perfect dates to their sisters wedding, two uncontrollable women (Aubrey Plaza, Anna Kendrick) make it their mission to outsmart the brothers and get a free holiday. The crazy premise of this film is one that seems very interesting and offers a new idea for a new comedy which is always a very good thing. It may seem somewhat in the same vein as ‘Wedding Crashers’ and you can definitely draw similarities here and there as even the film acknowledges but it still is quite funny and offers a very different style of humour. The film features a good amount of laughs throughout but they are scattered around in patches more than just a constant joke after joke setup. In some sections i was thoroughly enjoying the film, whereas in others it started to drag a little, and it was up and down for most of the film. 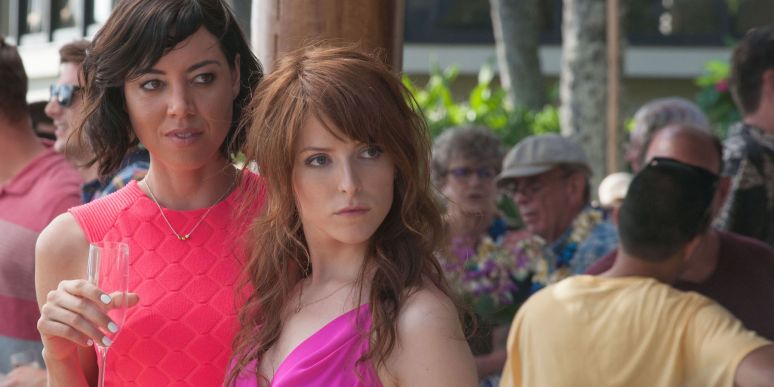 The cast and their comedic abilities were by far the strongest points of the film and made for some very entertaining sequences here and there. The chemistry between Efron and Devine really was great, right from the opening scene i knew that i was going to love every scene with these guys and i really did. They complimented each-other really well and as far as comedic duo’s go these guys are one of the stronger underdogs. Kendrick and Plaza on the other hand were good in terms of their individual comedic abilities and they each delivered some very funny moments but their chemistry was very on and off. Some scenes i thought they were playing off each other really well but there were a few times where it didn’t feel as natural and wasn’t that funny. But either way, the cast definitely delivered and you can get plenty of enjoyment out of their antics.

As the film progresses it starts to get more and more familiar in terms of where the plot is going to the point where it essentially has a scene at the end that has been copy and pasted into every wedding themed comedy of the last 20 years. It wasn’t a bad sequence per se but it was disappointing to see it just take the easy route home and not finish with something fresh. The ‘R’ rated comedy in the film was well utilised and not at all overdone, some moments weren’t as funny as they were intended but majority of the racy comedy was pretty spot on. So in the end this is a pretty average comedy that has good humour, a very funny cast, and an interesting premise that should keep you engaged at least most of the way through the movie. It has a disappointing ending but hey, it is nowhere near as bad as the shit Ben-Hur pulled…. (yes it still has me pissed).