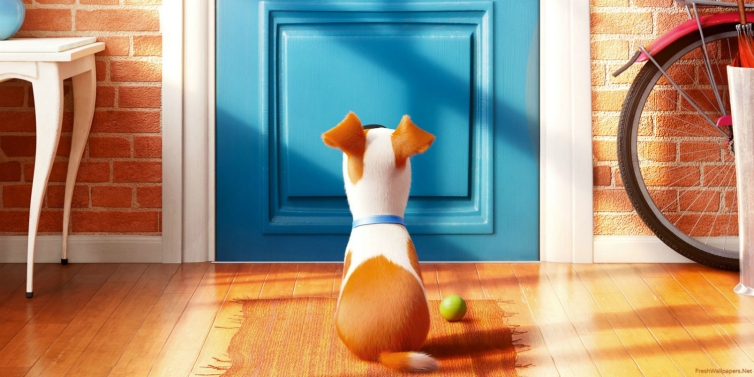 ‘The Secret Life of Pets’ is an animated film following the adventures that pets have when their owners go to work during the day. The film is directed by Chris Renaud and Yarrow Cheney and stars a long list of big name celebrities including Kevin Hart, Eric Stonestreet, and Louie C.K. It is gorgeously animated, benefits from an immensely talented cast, decently funny, and just a very lighthearted, cheerful film about some cute loveable pets. It has a very familiar base plot as is expected with a film made for a younger audience but there are some original ideas thrown in there to try and mix it up a little. Looking back on the film, there wasn’t a whole lot going on in terms of an overarching plot, it was more broken up into seperate sections with different goals.

The largest highlight of this film is by far the amazing voice talent from all of the main cast in this film. Having good voice talent in an animated film really does make a difference and this film shows that off fantastically. Kevin Hart, Eric Stonestreet, Louie C.K., Albert Brooks, Lake Bell, and Jenny Slate were some of the names amongst the many who delivered fantastic performances as various pets. They contributed to some fairly funny moments and some more emotional character building sections throughout the film…. More of the latter though as to be honest there weren’t really many funny scenes. There were definitely a lot of cute and amusing moments but in terms of genuine laughs, the only character constantly delivering in that department was Kevin Hart’s ‘Snowball’. The reason why this isn’t so much of a negative is that the film wasn’t trying to be funny and failing, it just had a more character related focus and so the humour took a back seat. Whether that was the right or wrong approach is debatable but it worked for the kids so it did the job. I think adults can get some enjoyment out of this film, especially if you are a lover of pets, but this is definitely very focused on appealing to younger kids. The slight lack of humour means you have to find other moments in the film to latch on to and enjoy, but with the overall very uplifting and family-friendly tones being given off by the film it isn’t really too hard. So in the end this is an enjoyable film with a lot to love about it but it does fall short of the other animated films of the year, notably those done under Disney.