It’s Halloween, so why not revisit this absolute masterpiece of Horror. ‘Saw’, the film that birthed one of the most successful horror franchises of all time is definitely the best of the franchise and at its core just an incredible Psychological Thriller. When two men wake up to find themselves locked in a prehistoric bathroom they must work together to uncover why they are there, who put them there, and how they are going to escape. This is the film responsible for putting two unknown Australian writers on the map and kickstarting their very successful directing/writing careers. Directed by now legendary director James Wan and supported by a very talented cast including Carey Elwes and Danny Glover, Saw has you biting your nails and on the edge of your seat for just under 2 hours as you try to piece this mystery together.

This idea started off as a short film clocking in at only 10 minutes that was written and directed by Leigh Whannell and James Wan. Once it was picked up to be turned into a feature length film they put their talents to good use and ended up with a film made off an insanely low budget, filmed and edited in only a couple of weeks, and turned a simple and concise plot into a slowly unraveling and compelling mystery. Every minute of this film is just as intense, thrilling, horrifying, and engaging as the last and it keeps up this level of intensity right up until the final credits begin. The fact that the majority of this scene takes place within the confined space of a single bathroom gives the film a very claustrophobic effect and you feel like you are just as trapped as the characters in the film. The way the trap scenes are filmed and represented with the sped up shaking camera and loud music gets across the chaos and emotions those characters would be feeling perfectly.

The film constantly tests you by questioning what you think you know through flashbacks and proving you wrong time and time again as piece by piece the puzzle is revealed. This is where the psychological element of the film is in full effect as the film uses striking cinematography in combination with the performances to emulate fear, panic, and a real sense of urgency that eats at you the longer the film goes on. There is nothing pleasant about the story of this film or the content within as the use of blood and gore is there to further add to the discomfort you feel whilst witnessing many of the horrifying events that take place. Many people would label this film as ‘torture porn’ and an overly unnecessary and excessive display of blood, gore and violence. Most if not all of these people are looking at the franchise as a whole, in which they would be right. But when you consider the very gritty nature of this movie on its own and separated from the rest of the franchise it has a lot more meaning than just blood for the sake of blood.

The performances in this movie from Carey Elwes and Leigh Whannell as Lawrence and Adam, the two men who find themselves chained to a pipe, were fantastic and you really buy into these characters and believe that their actions in this situation are very logical. It’s easy to point out the stupidity of characters whilst kicking back on your nice warm couch, but i’m pretty sure if you were in that scenario you would not be as calm and ready minded. The desperation in their performances all adds to the building of tension you feel with every passing second. Even the performances from the supporting characters were great despite how small some may have been. Danny Glover, Dina Meyer, Michael Emerson, and even Shawnee Smith completely sold me on their characters and did a great job at making all of the scenes outside this room just as thrilling as those inside.

As i mentioned earlier, this film managed to spawn 6 sequels unfortunately without the directing talents of James Wan. These films especially from 4 onwards go for a more blood and gore (torture porn) focus as oppose to a very intelligent Psychological Thriller focus. The presence of these films has most definitely tainted the importance of this first film and the thrilling mystery that unfolds throughout the film. But the best part is that this first film doesn’t rely on the sequels in order to be understood. Do they add further story to the film? Yes, but nothing is stopping you from witnessing this masterpiece and stopping there as this film gives you enough closure to where you don’t have to continue through to the last 3D instalment. 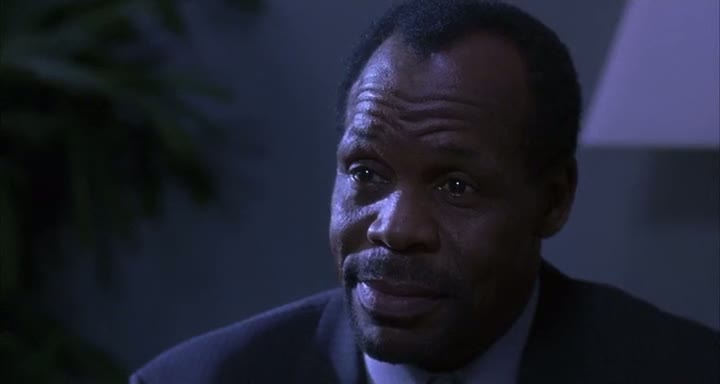 So in the end, if you are a fan of the horror genre, love Psychological Thrillers and aren’t turned off by a little gore, Saw is most definitely a film that needs to be checked out. If you have managed to avoid spoilers from the film regarding the reveals that take place then that is extremely impressive as i’d say it is very impossible at this point. But if you have done so successfully then i guess there is an added layer to this film for you to thoroughly enjoy. So as my third favourite film of all time there is no doubt this film deserves the greatest score achievable.