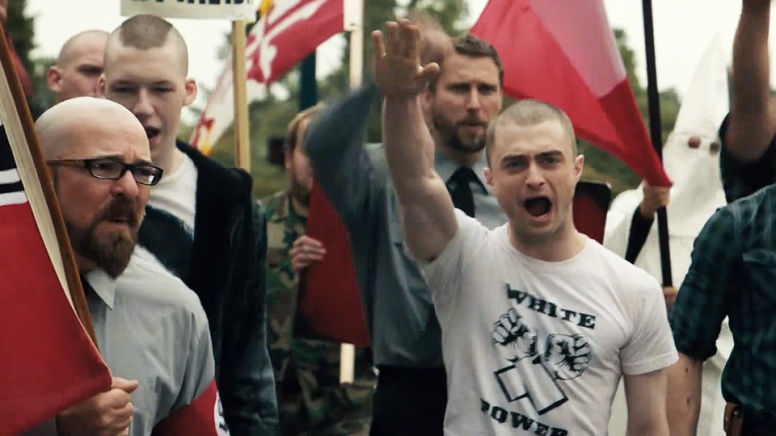 In an alternate universe Harry Potter is an undercover FBI agent tasked with infiltrating a group of anti-muggle supremacists….. close enough. Anyway, ‘Imperium’ is a Crime Drama starring Toni Collette as ‘Angela’ and Daniel Radcliffe as Nate, an FBI agent who goes undercover as a white supremacist and must overcome the dangers confronting him as he delves deeper and deeper into their organisation. This is a very harrowing film as it is ‘inspired by true events’ and delves deep into many themes and ideas surrounding white supremacy and the truly disgusting opinions of people associated with these organisations. The story takes many unforeseen turns and some cliche decisions also. It is gripping and there are many intense moments that the film does a good job at highlighting where you care about whether Nate’s plan to infiltrate this organisation is going to fall apart. Despite Radcliffe struggling to hold an American accent he does a really good job for the most part in this role that further widens his reaches as an actor and provides an optimistic look for his future roles. 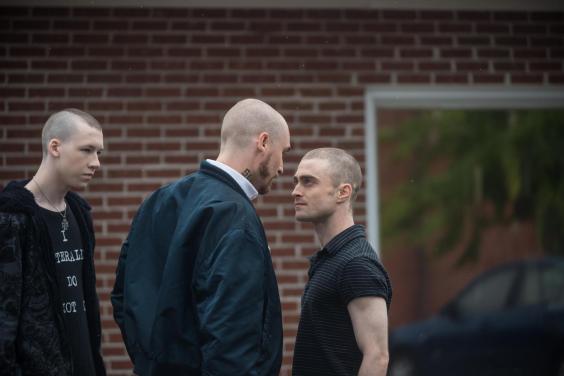 The thing about this film that draws you in to the story and has you progressively wanting to know more are the connections or parallels between events or ideals in the film and those seen in real life. It makes for some harrowing and very unsettling scenes when you are listening to characters talk about human beings in very disgusting ways, and it is the reality of these delusions that makes them so haunting. The whole film isn’t overly depressing but the majority of it is executed with that tone. It does slow down in the middle of the film and you’re waiting for it to pick up a little and it does towards a satisfying finale but yeah, it drags at some points. Some parts of the film though are a little convenient where there were a few times where Nate’s cover was at risk of being blown but then he’s able to get himself out of trouble with a clever choice of words. I get it, he’s good at going undercover but when it happens multiple times and the people around him just buy it it makes it hard to believe these ‘idiots’ could put any secret plans together.

As much as watching these moronic white supremacists is unsettling some of the stuff they say and do is so stupid and moronic that i couldn’t help but have a laugh at their lack of intelligence. I mean, one line in the film where a character mentions organising “youth group parties for Hitler’s birthday” had me in stitches because of the stupidity of the idea and the fact that there are people out there who definitely would do that or support the idea.

This film continues the trend of foreigners taking American acting roles as the two main leads in this film in Radcliffe and Collette are from the UK and Australia respectively. Collette seemed to have the accent nailed down and she was fine as a character who wasn’t given anything of much weight to do, but Radcliffe sure does have a long way to go. He was evidently dropping in and out of the accent constantly from scene to scene and it was distracting at times. Also props to the actors who play the group of white supremacists we see in the film because apart from the scenes where they are written to be unnaturally dumb they were very convincing and played the part very well.

So in the end, Imperium is a good film with a harrowing somewhat realistic story that at times drags a bit and progresses on the back of stupidly oblivious characters. It isn’t a fun film but for those looking for a gripping Crime Drama this is one you can get a good kick out of.