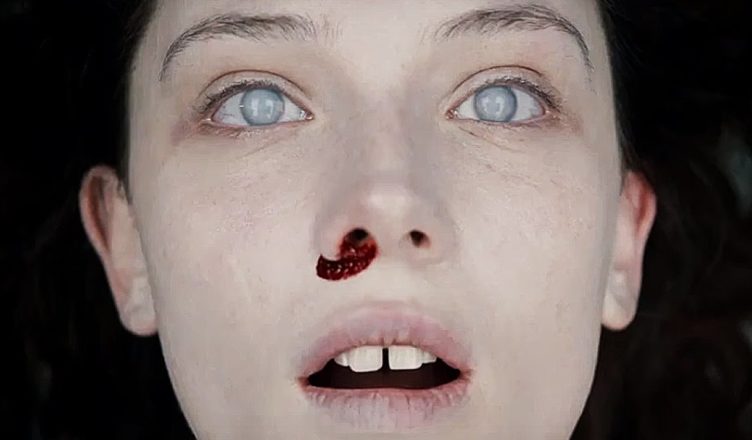 ‘The Autopsy of Jane Doe’ is a Horror Thriller starring Brian Cox and Emile Hirsch that is actually a much more intelligent horror film than i was expecting going into it. One night at the morgue, a father and son received an unidentified corpse and proceed to uncover the cause of death. But as the autopsy proceeds it becomes more and more apparent that there are stranger things going on and this Jane Doe may not be dead as initially thought. This movie takes a very slow burn approach to the autopsy and doesn’t immediately delve into a chaos filled jump scare extravaganza, in fact it never does. This method was extremely terrifying just with the use of a very creepy score and the confronting nature of watching this autopsy unfold. In terms of plot it goes in directions you don’t see coming offering many surprises that are both good and bad. Both Cox and Hirsch are great in the film for their very subtle performances at conveying horror, they don’t overreact and the actions their characters take are very believable. 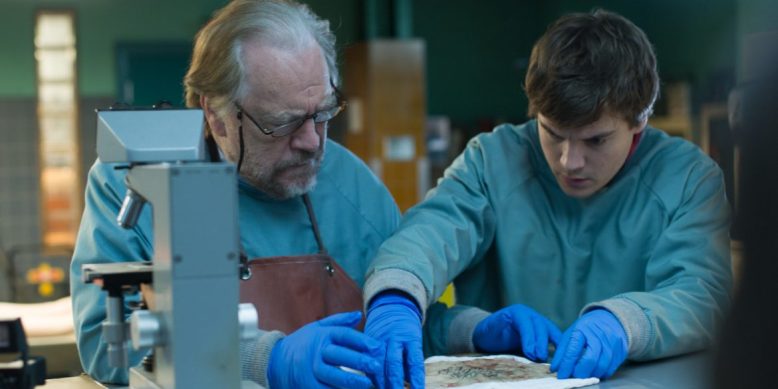 The first hour of this movie is fan-fucking-tastic, it doesn’t leap into having all this weird supernatural behaviour going on, instead it slowly builds tension, and as more and more is uncovered about this body you feel gradually more uneasy and unsettled which is all down to great filmmaking. I had no idea where this film was going for most of it and i was so sucked in to the mystery for the first hour that the last thing i wanted to do was think about what was going to happen next. The majority of the film takes place in a single room and with what the film sets up as being in that room early on you are constantly terrified at every moment after then. Everything about this first hour was executed to near perfection and it was looking like this was going to be a surprise hit. There were maybe two very poor uses of jump scares that were strikingly terribly executed in this time, but they can be excused as the film doesn’t go overboard with them. 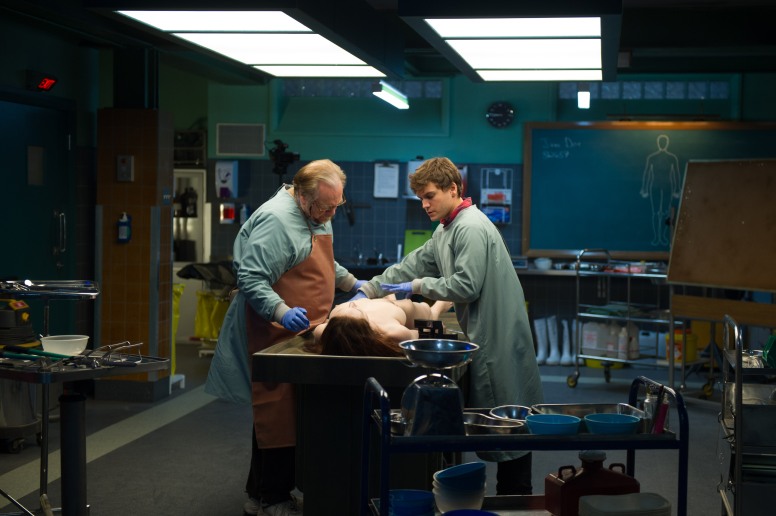 I would say the following 20 minutes of the film is just good, in terms of the plot and the mystery, that aspect was still just as intriguing and i was still enveloped in finding out what exactly is happening and more importantly why. In terms of the horror some of it was very well executed as before, but some of it was not as effective as it was more of a fast paced very heightened supernatural type of horror. Those moments were short-lived though and they get right back to the mystery shortly after that. There was one sequence though that when i saw what was about to happen i got very excited, this isn’t a spoiler but at one point smoke envelopes a certain area of the morgue and our characters need to progress through it. Now i thought this was the perfect chance for some beautiful looking and terrifying horror action that would have solidified my love for this movie, but the scene isn’t handled well enough and wasn’t that scary at all which was a let down. 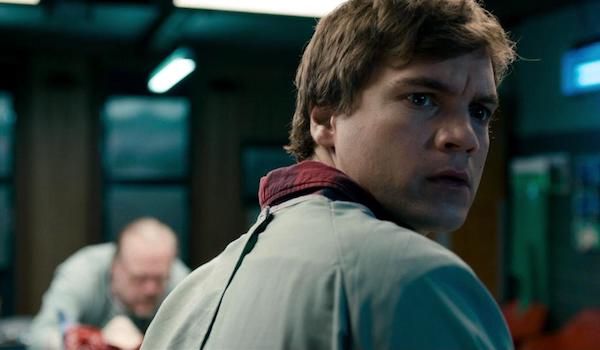 I have to say i loved the father and son characters in this film, especially when it is just them interacting with each other and not with other side characters in the beginning….. which i will definitely get to in a bit. The dynamic they have in the autopsy room was cool to watch, mainly due to the very different ways in which they were reacting to certain things going on. Emile Hirsch’s character was more weary of the events going on around him whilst the more experienced Brian Cox character was less skeptical, and both reactions were represented in ways that made them equally as understandable and believable. As i mentioned, about the side characters, thankfully they didn’t get much more than 5 minutes of screen time because man they were not good at all. Roose Bolton (Michael McElhatton) is in the film briefly and he is an exception, but there is a girlfriend character played by Ophelia Lovibond who sticks out like a sore thumb that she is just blindly reciting lines off a script. It wasn’t good but thankfully she is barely featured, there is also a sheriff character who is practically in one scene at the start of the film and speaks the worst line that was very overly dramatised and yeh, not good.

So in the end this very basic looking film actually turned out to be a very good horror thriller that was amazing for the first hour, dropped slightly in quality for the next 20 minutes or so and unfortunately had a terrible ending in the final 3 minutes. But after all that i thoroughly enjoyed The Autopsy of Jane Doe, it had great main characters, with good performances, a very creepy score and an effective use of horror throughout. Guess i can rule out ever visiting an active morgue.