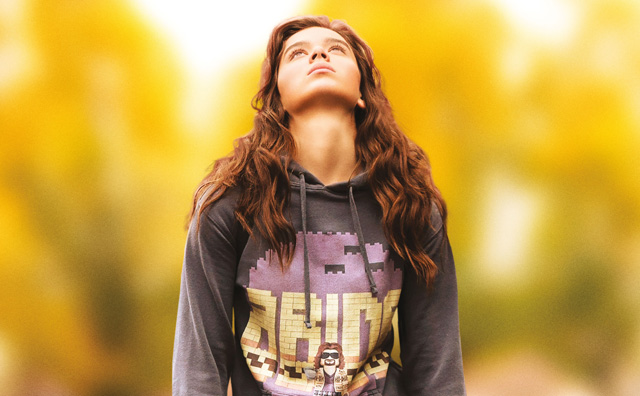 The Edge of Seventeen stars Hailee Steinfeld, Woody Harrelson, and Kyra Sedgwick and is a Coming of Age story about Nadine and her stumbling journey growing up through her awkward high school years where everything seems to be going against her. This is one of the most heartwarming and heart-rending coming of age films in 2016 and i loved every high and every low the story takes you through. Woody Harrelson puts in a fantastic and hilarious performance as the teacher but it is Hailee Steinfeld who is hilarious, charming, loveable undeniably phenomenal in the lead role. There is a great blend of humour, drama, and emotion that all plays pivotal the story revolving around the character of Nadine. And what a plot it is, this is a very expertly written film that flows through effortlessly with every detail tying together nicely.

I absolutely adored this film, and the main reason is most definitely Nadine played by Hailee Steinfeld. Ten minutes into the film you instantly fall in love with her, she is a very likeable character who you easily connect with as a person, and has a personality and sense of charisma that keeps you fully invested in everything going on. The film does a fantastic job at establishing and developing her character so thoroughly that you feel like you know her by the end of the movie and everything she has gone through. Now what propels this film beyond just having an amazing lead character is the great way in which it deals with its supporting characters. Everyone around Nadine was also very fleshed out, they are all given their moments to shine at various points in the story and it gives you a chance to know them and connect with them too. Everyone has an arc, whether it is Nadine’s Mother, her brother, her best friend, or her teacher they all have key moments that contribute to Nadine’s story arc but also their own. 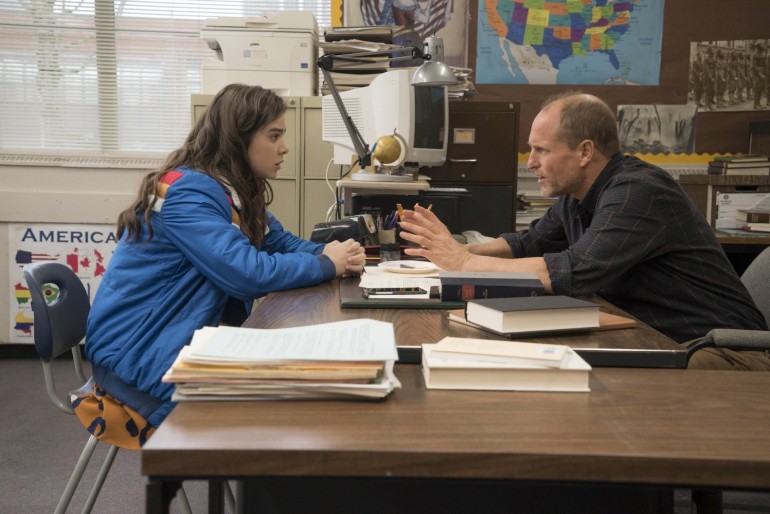 But truly, great writing is nothing unless you have great performances to back up everything the script is trying to convey. I cannot stress enough how incredible Hailee Steinfeld was in this film, her performance was one of if not the strongest of 2016. She completely sold me on every little emotion and the way she handles herself in the really hard hitting moments is insanely convincing and just so real. Her sarcastic sense of humour is also a key part of her character that she delivers perfectly and it stays constant right to the very end. My introduction to her was in Pitch Perfect 2 where she was a nice new addition to an ensemble cast but didn’t stand out as much there, but here she has established herself as an absolute powerhouse making me excited for whatever she does in the future. Whether it is a dramatic role or a comedic role she no doubt showed here that she is entirely capable of delivering strong roles in both departments. And Woody Harrelson must not be overlooked here as his performance as a grumpy, sarcastic and witty teacher is great and contributed some of the funniest moments of the film.

The story here is told impeccably well and the pacing from start to finish was nailed with near perfection all due to the fantastic script. It doesn’t skip over any necessary periods of time that would make the story move along too fast and it doesn’t pander on any slow moments, it just sails through very nicely. It hits many highs and lows and transitions constantly between hard hitting emotional moments and some more happier moments and it does so very smoothly. Everything and i mean everything that is focused on in this film plays a key part in Nadine’s journey through her teen years and it all shapes her character and who she becomes. 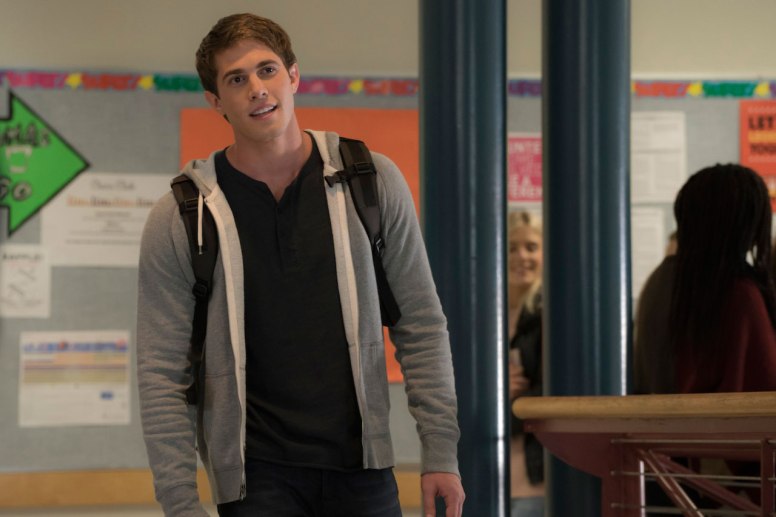 I loved this movie whilst watching it, i loved this movie the moment i left the theatre, and i love this movie even more the more i take in everything that happened. Hailee Steinfeld 100% deserves a nomination for Best Actress at the Oscars, she may be outperformed by Emma Stone but in my books she has a strong chance to be an underdog winner. This is yet another amazing film to come out of 2016 and is a must see for any fans of the genre.