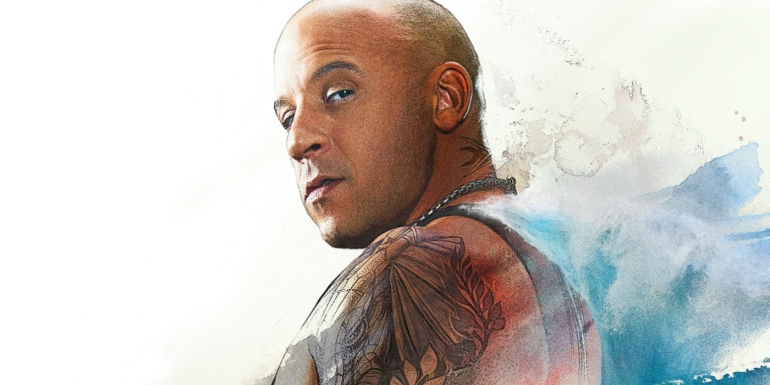 XXX: Return of Xander Cage is the third film in this ‘thrilling’ franchise and it sees the return of Vin Diesel being Vin Diesel, and overly exaggerated and flamboyant action sequences backed constantly with loud, sometimes deafening music. Here you have a very barebones copy and paste storyline, poorly written cliche dialogue, questionable performances, and all of it is hidden behind plenty of nonsensical and occasionally fun action scenes where you can just sit back and watch Vin Diesel (Xander Cage), Ruby Rose (Adele), Donnie Yen (Xiang), and ‘The Hound’ (Tennyson) kick some ass. By any stretch of the imagination this is not a good movie, but there are parts of this film where it knows it’s stupid and ridiculous and just goes with it. The parts where it recognises its stupidity is where you can have fun with it, although there are elements of the film it takes seriously and those are the moments where it devolves into a bore.

One thing to note is that you shouldn’t go into this film hoping to see anything new and fresh, because whether it is the story or the adrenaline filled action; it really isn’t nothing you haven’t seen before. The story although simple and uninteresting typically stays out of the way for the first half of the film and the last quarter so it doesn’t bother you there. It is that 3rd quarter of the film where it decides to really go full on with the story and present itself as a serious action thriller where it starts to lose what little charm it had. The dialogue, overall tone of the film, and lack of originality in the story meant that any moment it tried to ground itself just came across as bad… really bad. Luckily though, those moments didn’t last too long as it finds the right tone again in the end for a stupidly dumb and explosive finale. 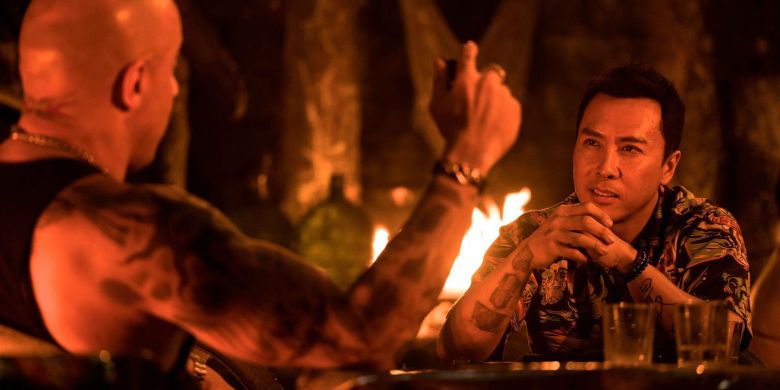 In terms of the characters there were some that i really enjoyed watching and i bought in the context of the film, some who were just ok and very underdeveloped, and some who really weren’t good for different reasons. The best thing about the film would have to be watching Donnie Yen channel the force and just go nuts taking out hordes of ‘bad guys’. The man is so talented and plays a very entertaining character who is constantly adding to the enjoyment factor. Ruby Rose was also a highlight in the film, the emerging actress had a sense of charisma about her and did quite well despite the terrible lines she was being given. And you know, Vin Diesel was just loving being back, mumbling his way through in his wide assortment of tight fitting tank tops and fur coats. The more secondary characters such as those by Deepika Padukone, Kris Wu, Tony Jaa, and Rory McCann were ok but didn’t really get much focus in the film and so they were really just there to fill out the cast.

But then you get to Toni Collette who for some reason looked like she was treating this film as though it was a Jason Bourne movie. I mean, in the words of Heath Ledger “Why So Serious?”. I get she’s playing a ‘high ranking government person’ but when everyone and everything else in the film is tonally very “i don’t give a shit” (mostly) the fact that she is so serious and boring stands out, and it’s not good. Also, The Vampire Diaries’ own Nina Dobrev has a supporting role in this film and she really is not good. I think it’s a combination of her annoying nerdy character and her over exaggeration of the role where she plays up the crazy, cooky, clumsy persona too much and it’s just way too dumb and silly even for this movie which is saying a lot.

So in the end there is a certain level of fun to be had here when the film also recognises that it is stupid and over the top. This kinda helps to look past the bad dialogue, bland story, and brief moments of poor and somewhat distracting CGI. Overall it still isn’t a good movie but fans of dumb explosive action and the previous two films can get something out of it. I will say, the cameo in this film is actually pretty damn cool and funny and a good highlight to look forward to if it hasn’t been spoiled for you in the promotional material already.