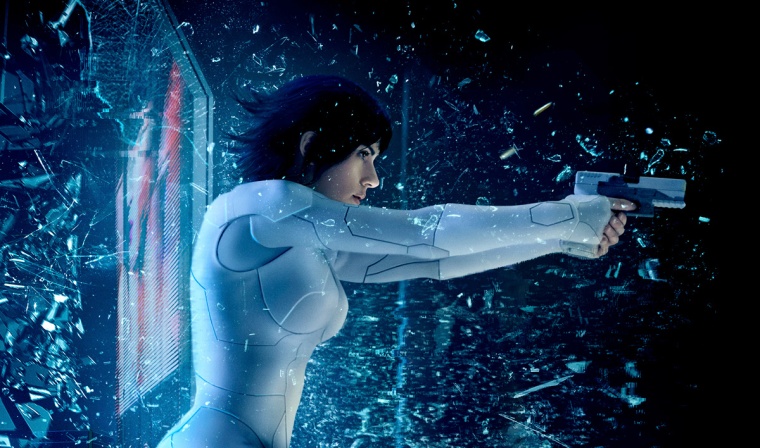 Oh ‘Ghost in the Shell’, why do you need to be so damn shit? Yes, this review is doomed right from the beginning. The film stars Scarlett Johansson (Major), Pilou Asbaek (Batou), Takeshi Kitano (Aramaki), and Michael Pitt (Kuze) in an adaptation of a classic anime that i’m willing to bet this film doesn’t even touch in terms of quality. The film follows Major, a perfect soldier dedicated to putting an end to crime, but when a new threat arises she must do her best stop them whilst uncovering the secrets about her past. From the release of the first trailer one department this movie was guaranteed to be successful in were the visual effects. And as expected it delivered, visually this film is incredible, the futuristic setting lends itself perfectly to that department and the way a lot of the action sequences are filmed make for many beautiful sequences to look at. But unfortunately that is basically the extent my praise of this shit-box goes, if you haven’t gathered already, i did not like this movie. I thought the story was flat, uninteresting, boring and was riddled with characters who i didn’t have a single care for in the world. Scarlett Johansson’s Major was the more fleshed out character for obvious reasons and i still could not buy into her character or the mystery behind her backstory which takes up a large chunk of the film. With no emotional investment in anything whatsoever this movie was hard to get through.

I will start off with the praises….. or the praise, that is that the cinematography in both the action sequences and basic dialogue scenes was actually quite good. There was some cool camera work that provided many beautiful looks at the city this story takes place in at both the large and smaller scales. You can definitely see the futuristic influences Blade Runner had on this film and it really pays off. It is successful in sucking you into the city and buying the fact that this is taking place in a future world, something that plays into the story and isn’t just a ‘cool’ backdrop. The really cool stylistic visuals are what allowed me to keep any interest whatsoever and stop me from falling asleep. In terms of the performances, Scarlett Johansson was ok at best, there were brief moments where she was kicking ass that were fine but overall her performance didn’t help me get into the character any more.

Now the film has this rich, vibrant, futuristic world that it has established but unfortunately it can’t populate it with any interesting or memorable characters. Whether they were on the good or bad side i wasn’t rooting for anyone because there was nothing about any character i could latch on to and back throughout the films duration. Even the Major’s story arc i just felt was dull and predictable. And when the main character isn’t anything of interest the whole movie is going to go downhill. The supporting roles were forgettable, their roles in the story i cannot recall, and the story itself consisted of all of these moving parts that i couldn’t put together and was paced pretty terribly. This movie has a lot of downtime, much of that downtime is focused on trying to flesh out and solve the mystery of Major’s past, something i most definitely didn’t care about. 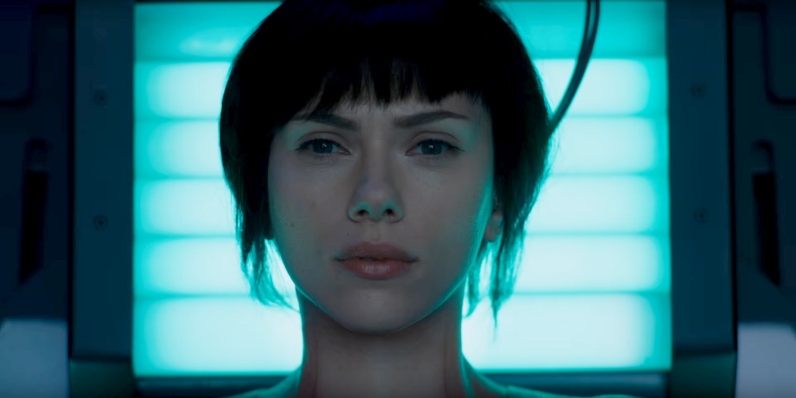 In the end, this movie was a mess from start to finish. Visually, this film was fantastic, but unfortunately you can take the best and most stylistic photo of a piece of shit and it doesn’t matter what filter you throw over it because it is still going to be a piece of shit. I’m still finding it hard to comprehend everything in this film and the more i do so the more my head hurts, the more annoyed i get that i watched this, and it just makes me want to sleep, so i’m not going to talk about this anymore. For fans of the anime i think there is definitely a lot more to get out of this film especially going into it knowing all of the characters and key story points. But for anyone else i think this would struggle to be anything more that a stunning and beautiful amalgamation of crap.