Disclaimer: ‘Some serious shit was flipped during the making of this review’

30 years ago an amazing romantic musical was released to the public, one that to this day is regarded as a classic and one of the best. So to celebrate this milestone ABC decides to release this TV movie monstrous clump of utter dog shit potent enough to send fools to their grave. This was a giant fucking disaster from beginning to end, from 1 minute in i knew i was going to hate the next 2 hours of my life and by the end i wanted to just curl into a ball, sit in the corner of my room and cry….. in pain. Every damn second was filled with so much cringe, the delivery of every line made me want to shove my face into a pillow and not look. The movie is slow and boring as shit, there is no sense of fun, humour, or excitement, you don’t connect with any of the characters, the dance choreography went out the fucking window and off a cliff, and there are new scenes that are oh-so-stupid. How the shitfuck could this have possibly turned out so incredibly unwatchable.

From the beginning this film was tremendously miscast, and so you go into the film with the impression that maybe the performances will make up for the lack of visually representing the original characters. But fuck no, they failed to capture the core personalities of every single character in this fucking movie, to the point where they even changed one characters personality ENTIRELY to the point where she just may as well be a different fucking character all together…… FUCK. All of the key parts of Baby’s (Abigail Breslin) personality that make her so charming and likeable are absent here….. her character was closer to a mannequin you’d find in Target. And Johnny (Colt Prattes), the originally very suave dance instructor is reduced to a shell of a human who most of the time just comes across as an annoying dick. And don’t fucking get me started on what they do with Lisa Houseman (Sarah Hyland), for whatever reason they decided to completely change everything about her character, make her more calm, collected, and oh i’m gonna flip some shit in a minute so we’ll move on. 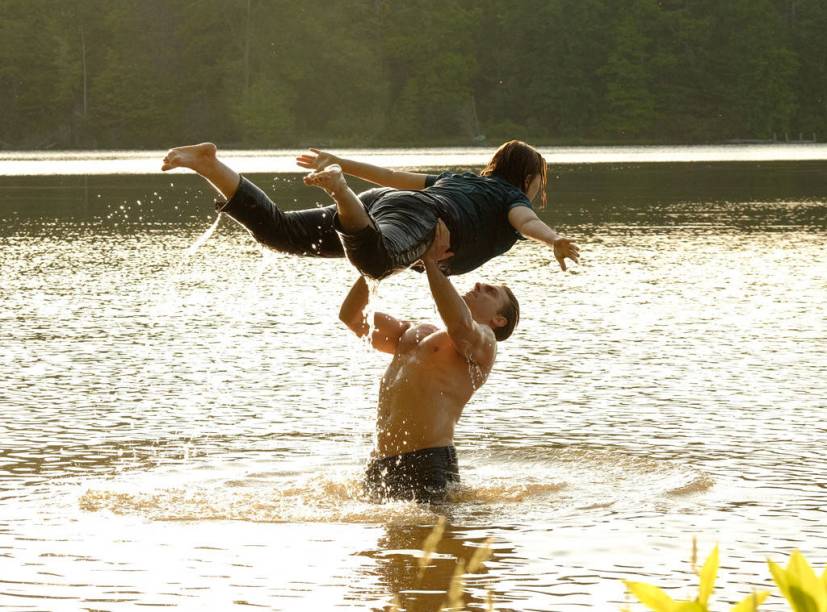 I mentioned earlier that every single bit of line delivery was truly horrible from every single actor and actress regardless of experience. I’ve seen fucking Big Bird bring more personality to a performance than 90% of the shit in here. The acting was wooden across the board, like everyone was reading off cue cards positioned just off camera. It just made every key big moment fall completely flat sucking away any chance of enjoyment this film could have had. I will admit, there were moments, like 3 or 4 lasting around 30 seconds a piece where there was a glimmer of hope for this shit. A brief few seconds of some potential where it looked like the actors were waking up and realising they’re actually on camera. But in the larger scheme of things it counted for nothing, because before you know it you’re back to wanting to stick needles into your eyes.

And you’d think, being a remake you could just take the general structure of the original and more or less apply it to this new version retaining a similar pace throughout. But nope, not only is this remake 30 minutes longer than the original it is so much slower and drags on for fucking ever. The IMDB page says the movie goes for 3 hours as oppose to the 2 hours 10 minutes it actually goes for, that’s probably due to the fact that it really does feel like 3 hours of endless torture. It just crawls along at a dreadfully slow pace with tonnes of time between the key scenes that here are just as dull and emotionless as the rest of the film. Even the new scenes that weren’t in the original film are flat and suck complete ass. None of the scenes add to jack shit in the end, they’re just there to extend the runtime and give reasoning for why they remade such a classic. Like, there is an added subplot between Jake (Bruce Greenwood) and Marjorie (Debra Messing) Houseman that is random as fuck, adds nothing to the dramatic or emotional aspects of the film and is just straight up dumb. 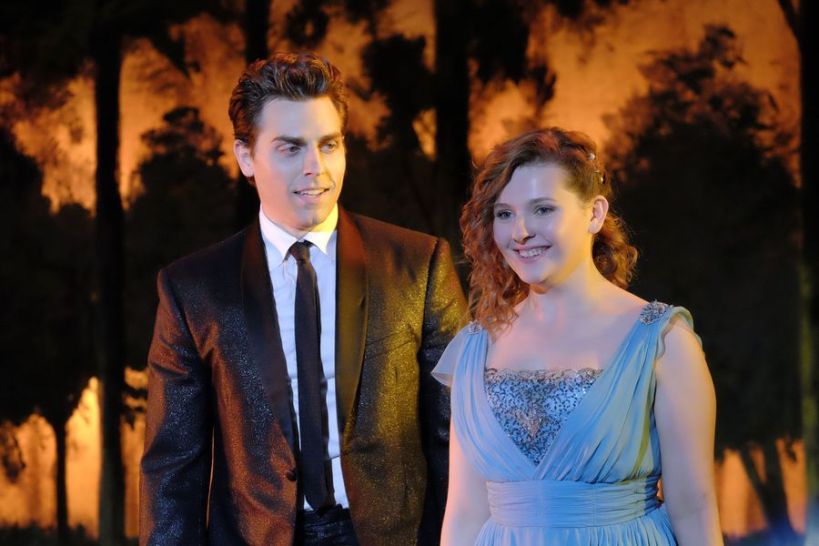 OH BOY and then you get to the motherfucking ending and this, this is where i completely fucking LOST IT. Just when you think this agonisingly dreadful turd couldn’t get any worse they go ahead and have the balls to end it like THAT. My actual reaction was “What the actual fuck?” followed by a few fist sized holes in the wall. I just can’t do this right now, it is that bad, and makes me want to go have a shower afterwards……..

So in the end, don’t see this fucking movie. You want something a shitload more entertaining? Just go and look at all of Twitters meme reactions to the film and you will be in for an endless run of laughs. This film not only does nothing better than the 1987 classic it does nothing good…. period. There are like two songs that still hold their integrity amongst the crap they are being played over but i don’t even know if the film is worth praising at all. How about we all agree to forget about this film and let it die.