Speechless, I don’t even know where to begin, this was incredible, I will go so far as to say it is one of the best episodes of this entire show to date. This entire episode is pure horror, pure Lynchian horror, and one of the best uses of horror through score and imagery i have seen in modern film/tv media. As for what happens in this episode, i cannot put it properly into words because of how bat-shit insane it is but it is pure directing art nonetheless. Where last weeks episode was focused on progressing a number of storylines in linear manner episode 8 goes completely off the rails in the most cryptic, random, but still incredibly significant episode of TV i have seen. I will try to do my best to recap this episode and interpret the meaning of everything (good luck) but it may not end well.

So the episode starts off pretty normal (for Twin Peaks), we pick up with Evil Cooper and Ray after they managed to bargain their way out of prison. They seem to be discussing the information Ray has that Evil Cooper wants and how big it is. Suddenly Evil Cooper is double crossed by Ray who shoots and seemingly kills him. This people, is where the normal shit ends…….. Suddenly, a group of supernatural homeless men (similar to the one who disappeared from a jail cell earlier in the season) appear from the woods and start attacking Evil Coopers body, tearing at his insides and covering him in blood. This scene is creepy and intense as fuck through Lynch’s use of audio distortion and image overlays onto the scene. But then an orb seems to appear inside Evil Cooper with BOB’s face on it…….. What on Earth does this mean? I have some sort of idea but whatever it is Ray seems to think it is important to understanding everything.

Then we interrupt the broadcast with a short psychedelic ‘live’ performance by the ‘Nine Inch Nails’ at the Roadhouse……. And that’s it. 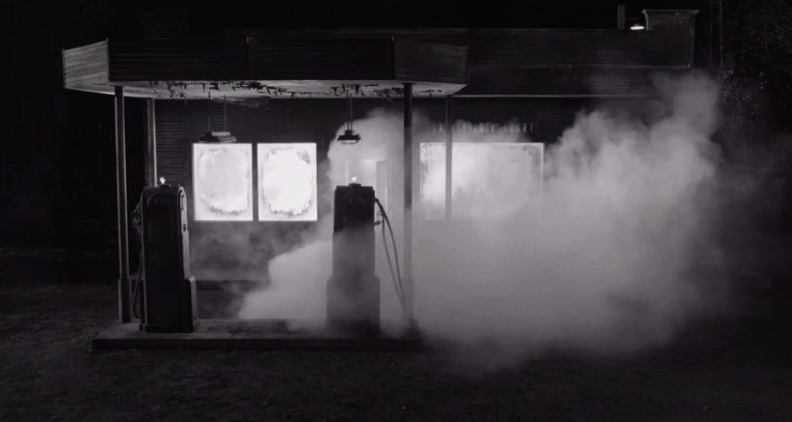 But then the big shit starts going down when we jump back in time, that’s right, we go all the way back to July 16th 1945 to White Sands, New Mexico. First up we have a scene of a nuclear test going off, the significance of which i’m sure will come into play at some point. Then the episode spirals into complete chaos with several minutes of random psychedelic scenery from static to crazy colours and patterns, and it is all very jerky featuring a creepy piercing score over the top that sucks you in to the craziness of what is happening. It all goes by so fast and also so slow, sucking out all sense of time. Next it transitions to a shot outside a gas station that is continuously stuttering and skipping back and forth through various frames of moving smoke very rapidly. Then the skipping frames appear to show the supernatural homeless men from earlier in the episode pacing around in circles….. At this point i was sure this was the craziest episode i had seen, and it wasn’t even half way through.

Then we get another oddly cryptic scene where a faceless body floating in space spews out a tonne of goo and amongst all the goo is the black orb with BOB’s face on it that was just seen in Evil Coopers body. This is all tying in to the sudden importance of orbs in the Twin Peaks universe that i will get to later. 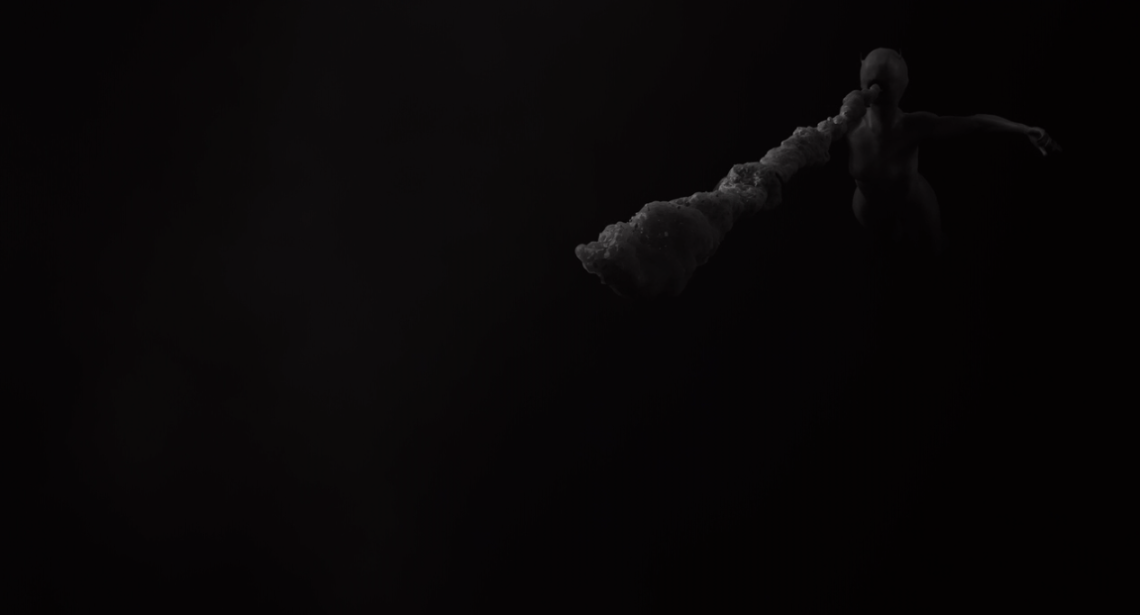 OK, so now we move over to a castle on a rock in the middle of an ocean. This looks to be the same castle Dale Cooper took a crazy trip through early this season, so instantly you know you’re in for some more fucked up shit. Inside the castle we open with a black and white shot of a very decorated room with a gramophone playing music and a lady sitting on a couch. We linger on this scene for a while, long enough to realise that this scene is all filmed backwards. The Giant walks into the shot, turns off the sounding alarm and proceeds to walk through the castle. Eventually he makes it to a projector room where he activates it and begins to watch over all of the crazy fucked up shit we just saw (beginning from the nuclear blast). Although he doesn’t seem as phased by it as we are. He pauses the video on the footage of the orb with BOB’s face and then floats up into the air for reasons we will know very soon.

In comes the lady from the couch in the previous scene, she walks up to the projector and as she does a miracle begins to happen. A stream of gold sparkles stream out of The Giant’s head forming a solar system-like pattern above him. And what happens next? Another orb appears from the pattern and floats down into the hands of the mysterious lady. When she looks at the orb Laura Palmers face is inside the orb similar to BOB’s face inside the black orb. The lady then kisses the orb and releases it into a mechanism in the roof which sends it into the projector and floating down towards Earth. Now i think that these orbs are tied to the holding of supernatural beings such as BOB, and that when someone is possessed by the supernatural being they are tied to the orb with it appearing inside them. Where this is really interesting is that if this is the case (or close to the case) then that would mean Laura Palmer also had a supernatural being inside her, (or she is a being herself)………. i think. A being similar to BOB who would pass through to different hosts she would do the same…….. This is a total guess and nothing in this show is guaranteed.

Once again this episode we have yet another time jump, but this time we go forward 11 years to August 5th 1956 in the New Mexico Desert. Firstly we zoom in to an egg hatching and out of it comes a weird slimy bug with wings and is something i would hate to find around the house. Cut to two teenagers (one boy one girl) walking outside a gas station in a nearby town where would you look at that….. the girl finds a penny….. apparently that’s good luck….. somehow i doubt that…. Then another supernatural homeless man floats down from the sky, walks over to a car asking if the driver has “Got a light?”. Then we cut back to the nearby town where loud music starts playing and scares the shit out of me. The supernatural man just casually walks into a radio station, crushes the skull of a woman with his hands, then he proceeds into the recording room where he crushes the scull of the radio host stopping the music broadcast across the town.

He then grabs the mic and repeatedly broadcasts a creepy cryptic message to the whole town that makes the listeners fall unconscious. After the teenage girl hears the broadcast and falls asleep the bug from earlier this episode flies into her window and climbs into her mouth. Could this be linked to the supernatural being connected to Laura Palmer? Or something else entirely? Only time will tell. The episode ends with the supernatural homeless man casually walking into the forest with the sound of horses in the background.

This was by far not the most cohesive episode of Twin Peaks and was the least linear episode in the 3 seasons that have aired but there was a level of genius about it. From the way David Lynch executes horror impeccably through score and imagery to all of the subtle links to the history of Twin Peaks i loved the way this episode was constructed and played out. I cannot imagine giving this episode any less than a 10 as it is a masterpiece of Lynchian TV.