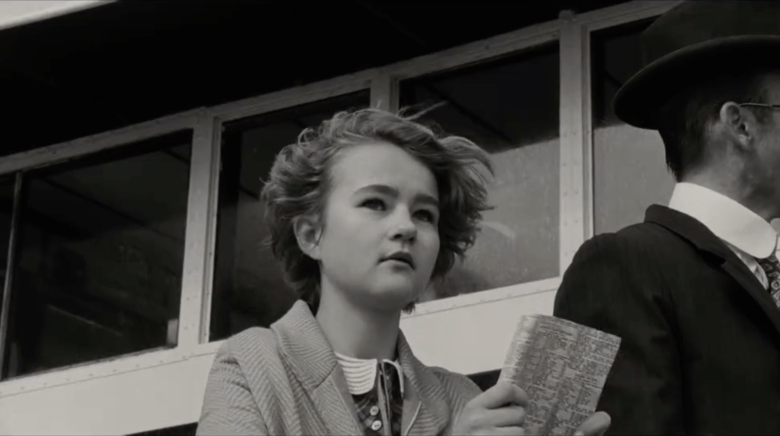 Directed by Todd Haynes (Carol), Wonderstruck focuses on the lives of two kids in two different time periods, who both set off on their own very personal New York adventures.

Ben (Oakes Fegley) longs to know the identity of his father as it may provide some insight into his own life and mindset. Rose (Millicent Simmonds), meanwhile, fantasises about becoming like her favourite actress, whom she follows and bookmarks in her scrapbook. After going into this film having seen barely half of a trailer and not knowing what to expect, I walked away loving it from start to… almost finish. It consists of a very interesting, very powerful story with a tonne of heart, packed to the brim with emotion and is flourishing with very magical tones. It is essentially two stories, two stories directly linked not through plot but through the exploration of certain themes and ideas.

The focus on incorporating themes into the story is a major element of the movie so being able to very effectively represent that to the audience is a must if people are going to respond positively. It deals with themes of belonging, family, friendship, and being different. It achieves this in a very light-hearted, family friendly manner, but at the same time is still very serious about the messages it is trying to convey. All of these themes are relevant in the lives of those living today, but under less careful direction, Wonderstruck could have alienated an adult audience by having children as the vehicles responsible for exploring these themes. But Haynes handles this perfectly, as in every scene set in both 1927 and 1977 there is the right amount of magic, heart, and humour to really effectively bring everyone back to their youth.

Telling two separate stories concurrently in the span of a single film has in the past proven a make or break approach for many directors. So much can and has gone wrong with balancing the focus, incorporating smooth and timely transitions, and making both sides equally as engaging in order to not take the attention away from half of the movie. But Wonderstruck handles the coexistence of these two stories so well. Every transition from 1977 to 1927 is flawlessly timed and occurred at moments that drew clever links between the scene that just showed and the one it cuts to. This smooth ‘passing of the torch’ if you will gives each subsequent scene a deeper meaning. It is never jarring and never once overstayed its welcome in one time period to the point where you forgot the events of the last scene. The parallels constantly drawn between the two time periods ensure that despite the fact that we are following two isolated stories it remains integral to pay attention to both halves in order get the most out of every scene. It really is clever filmmaking, off the back of a strong screenplay by Brian Selznick, who wrote the novel on which the film is based, that ensures the film excels over similarly structured, less successful films. 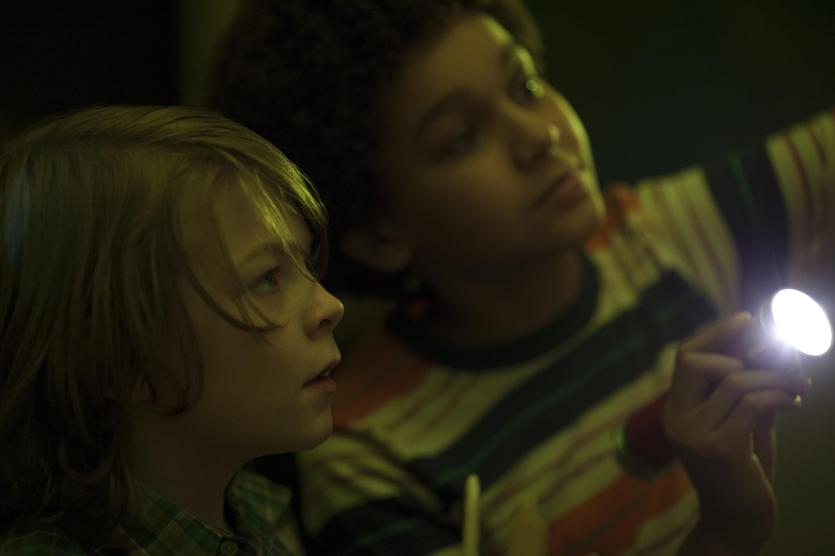 As far as the performances go, the two leads in Oakes Fegley and Millicent Simmonds were fantastic and an absolute joy to follow on their own respective quests. What made each story so unique, despite the fact that they are both going on a journey involving some sort of self discovery, is that their characters are so different in terms of their behaviour and mindsets; you thus enjoy two different perspectives on many of the same themes. This marks Millicent’s acting debut and if this is what she has achieved with her debut performance, I cannot wait to see where she goes from here. And being a deaf actress only makes her achievements here more meaningful. As for the supporting roles, they were all minimally featured, but for the time they were on screen are thoroughly entertaining. The standouts were Jaden Michael, Julianne Moore, and i really enjoyed seeing Cory Michael Smith despite his very limited role.

The way the stories unfold as time passes by makes for countless surprises you don’t see coming and with every surprise, no matter how small it is you feel more and more invested in the emotion and the experiences main two characters. The unpredictable nature of the film keeps you engaged in the story. Now as much as I praise the first hour and a half of this movie, I have to say the last 15 minutes were disappointing. There are some strong visuals and interesting character moments, but just the way it is presented feels like, for the first time, the pacing comes to a stop. There is some heavy exposition which is odd as the rest of the story, especially in 1927 is largely told through visual and musical techniques. Then here it feels like a very rushed and abrupt way to quickly close up shop in under two hours. I would have liked to see it develop more and be drawn out another 30 minutes if needed, as for me it did end on a somewhat sour note.

I thoroughly enjoyed Wonderstruck, and aside from a disappointing final 15 minutes, this is a brilliantly acted, excellently directed, and most importantly well executed film. The themes explored throughout the movie make for an emotional ride that has its ups and downs and is capped off with that little touch of magic. The story is one that will reach people of all ages, allowing for some personal investment and is great for a family viewing.

This was originally posted on the AU review / The Iris: http://iris.theaureview.com/melbourne-international-film-festival-review-wonderstruck-usa-2017-astounds-with-heart-emotion-and-magic/