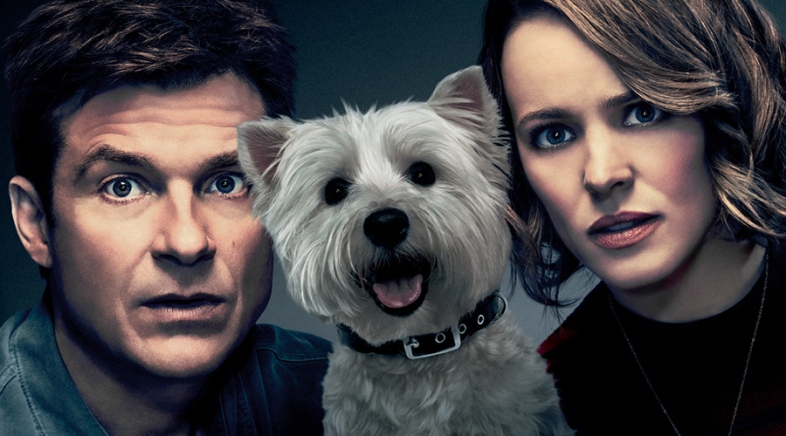 Game Night is a comedy/crime-mystery directed by John Francis Daley and Jonathan Goldstein and puts a talented cast in a sticky situation when during their high-concept game night the lines between what’s real and what’s a game begin to blur. I didn’t know what to expect from this film, it has an intriguing unique concept with a lot of potential but I didn’t know if it would be able to avoid falling into the genre cliches. Thankfully not only does it largely avoid doing so but when it does it becomes self-aware and makes fun of the fact. The movie is fast paced, the comedy doesn’t miss a beat, the plot is unpredictable, and the cast of diverse personalities made every scene fun and exciting no matter which group of characters are being focused on.

Firstly I want to talk about the characters in here and the performances behind them which were all different and all fantastic. The main group of game participants are Max (Jason Bateman), Annie (Rachel McAdams), Brooks (Kyle Chandler), Sarah (Sharon Horgan), Ryan (Billy Magnussen), Kevin (Lamorne Morris), and Michelle (Kylie Bunbury) and all of these characters have unique personalities that are fun to watch in their own ways. One genius thing the film does is it puts the characters in pairs, all of the characters do share chemistry between each-other but each character has a partner with whom they have a special dynamic and it allows for a tonne of comedic moments to arise no matter who is being focused on. Each pair have their own character-centric subplots isolated from the main plot and it allows for the audience to become invested in each of the pairs stories for multiple layers of enjoyment. All of the performances are good on both the comedic side of things and also the more character centric moments which makes each scene no matter the focus entertaining to watch.

And I mentioned the main cast above, all of whom are immensely talented and they prove it further here. Comedically they are all very talented as pretty much every comedic beat is hit with near flawless timing no matter who is being highlighted. They all bounce jokes off each other in a very natural manner and so you very quickly buy into the idea that these people have known each-other for years and have plenty of experience participating in game nights together. Jason Bateman and Rachel McAdams are obviously the ones at the forefront of much of the movie and they are fantastic together. Their chemistry makes for a number of laugh-out-loud moments including one scene in particular where the humour just kept on coming. Lamorne Morris is another standout who has great one-liners and at some points says what the audience may be thinking which is pretty fun. Almost the entirety of the comedy delivered by Sharon Horgan, Billy Magnussen, and Kylie Bunbury did hit very well but a couple moments here and there weren’t as effective as intended.

One of the major standouts not mentioned above is Jesse Plemons who plays Gary and he is absolutely hilarious in every scene he is in. I won’t spoil anything about his role in the film because when he pops in for a comedic moment or two it is very effective and he almost steals the show at some moments. And considering the amount of comedic talent involved that’s a major compliment.

I need to highlight the writing here because as good as the performances are, the writing is absolutely the best part about the movie. Being in an extensively explored genre it’s very easy to go down a predictable and cliche route and just be a very mediocre experience but this doesn’t do that and it’s so exciting as a result. It is written by Mark Perez of Herbie Fully Loaded (2005) and The Country Bears (2002) fame (sarcasm) who does a surprisingly exceptional job. Everything is orchestrated and executed at a very rapid pace and so a lot is fit within the 1 hour and 40 minute runtime. I mean, when the movie ended and I thought back to how much went down I was surprised that it was so short as it felt much longer, in a good way that is. From beginning to end everything is tight-knit, the main plot and all of the subplots come full circle in satisfying manners, and even the comedy is bought full circle. There are comedic beats early in the film that seem like one-off moments but it all comes back around in the end. Detail like this I love seeing in films. And I will admit, it does very occasionally play on some slightly familiar cliches but when it does it executes it in a self-aware manner that makes it fun and you accept the plot point and move on as a result. Just genius.

Oh, and who’d have thought going into this movie that I’d be commending the cinematography of all things. Barry Peterson‘s cinematography is absolutely incredible on a number of levels and at times I found myself stopping to admire the awesomeness of a certain shot or scene transition. The chase sequences are filmed incredibly and very fun to watch, there is a shot used on occasion where the camera is fixed on the car and not the environment and it’s nice little detail that impressed me upon seeing it. There’s an awesome sequence that goes down in a mansion that’s filmed exquisitely and is just as beautiful to watch as it is exciting. And there’s this amazing technique Peterson uses with scene transitions where as the camera is panning down into a location from above the environment is actually a miniature scale model that then transitions seamlessly into the live set. It’s executed so well and looks so realistic that I bet there are some people who didn’t even notice.

So in the end Game Night absolutely surprised me in so many ways and will absolutely go down as one of the most fun and entertaining movies of the year, especially when watching with a group. The performances are great, writing is exceptional and it offers a tonne of comedic moments that will leave you laughing. I will say, one way I can describe this movie to you is if you have seen The Game (1997) directed by David Fincher and starring Michael Douglas, this movie is like that but with a comedic spin.