As the Love, Simon synopsis reads; “Everyone deserves a love story”, a statement as true as any. In the film this statement includes Simon, the only problem is nobody knows he is gay and he is entirely unaware of the identity of his anonymous gay classmate with whom he has fallen for online. The comedy/romantic drama is based on the 2015 novel Simon vs. the Homo Sapiens Agenda by Becky Albertalli and up until only two weeks ago I had never heard of this movie (or the book) and was surprised of its existence, especially considering it boasts a cast including Josh Duhamel, Jennifer Garner, Nick Robinson, and Katherine Langford. I walked out of this movie absolutely loving it from beginning to end and judging by the sounds heard in the theatre I was in…… so did everyone else. It’s a fantastic gay coming-of-age love story with a lot of heart and a number of emotionally positive moments as well as a fair amount of emotionally crushing moments. This journey takes Simon through a series of emotional highs and lows and as you connect with the character very early on your heart breaks whenever his does. 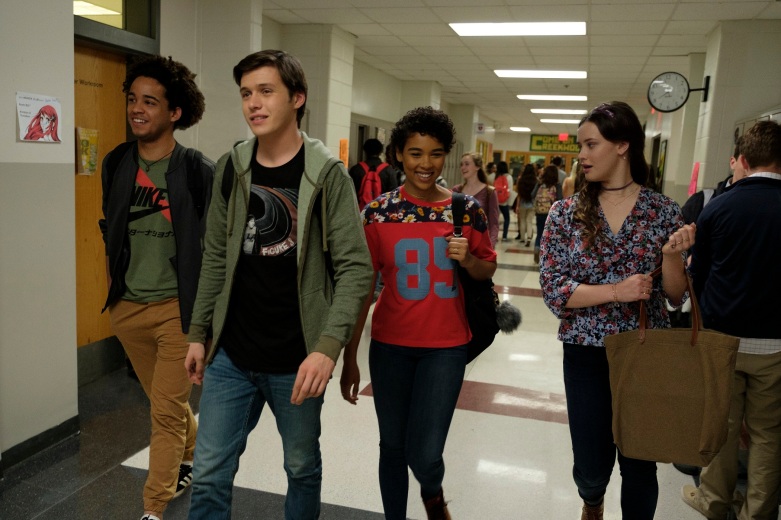 Played by Nick Robinson, Simon is a very relatable character, he’s just a normal high school-aged teenager who is going through a tough time with a relationship and I for one fell instantly in love with him and his group of friends within minutes. By quickly introducing the audience to this fun and likeable group it locks you into the film and had me caring about each and every one of them and how certain decisions would negatively affect some members within the group. Creating this strong and effective connection between character and audience increases investment in the story and once you’re in you ain’t leaving because this plot goes places. It has a lot of heart and it’s very charming and uplifting and positive…. at times. It’s a very meaningful and deeply emotional story with scenes that will absolutely crush you and probably bring you to tears or at least very close. But ultimately, this is a beautiful gay representation story in Hollywood very different to 2017’s Call Me By Your Name and it focuses on some of the struggles or fears gay people face when it comes to coming out and really owning who you are. Now it may not be the heaviest representation of these themes and some situations may be a bit sensationalised but it hits all the main points and is just a touching film.

The film maintains a fairly upbeat tone throughout and that’s due to the comedy in here. I didn’t expect the movie to be as funny as it is and it very much surprised me. There are a tonne of really funny moments in here that lighten the tone after or during a sombre scene and I reckon at least 90% of the humour worked. The delivery from the actors is especially what makes it work as it all comes through conversation very naturally. And it’s not limited to a couple of characters, almost everyone really gets their time to shine in the comedic spotlight (some more than others) and it creates a unified tone across the whole film. A couple of the adult supporting roles that only have a handful of scenes completely steal the show whenever they’re on screen. The two standout hilarious performances are from Tony Hale who plays the vice principal and Natasha Rothwell who plays the drama teacher. Whenever these who show up I got excited and rightfully so because everything that comes out of their mouths is comedic gold and the delivery is on point. I have never heard of Natasha Rothwell but if I go off what is in this movie she’s fucking hilarious and I hope to see her in more comedic roles. 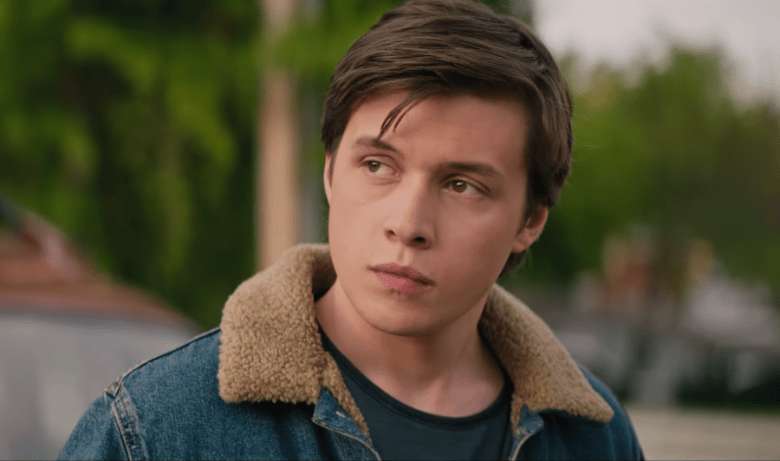 The rest of the young performances are really strong and everyone has scenes in which they are able to get to an emotional place and flesh out and develop their characters and they all do so exquisitely. Whether it’s focusing on any combination of Nick Robinson, Katherine Langford, Alexandra Shipp, and Jorge Lendeborg Jr., I was wholly invested in them and their relationships because they all bring so much personality to their characters. And none of them are extreme in the sense that they’re unrealistic caricatures, they all feel very grounded and just like normal teenagers which helps in the believability of everything going on. Katherine Langford is great in here and has shown that 13 Reasons Why (2017) wasn’t a first time fluke and she actually has a great deal of talent. Logan Miller plays a student who is a little more on the eccentric side and is a good character with his own development arc but one or two times his energy is a little jarring in contrast with the somewhat calmer and more controlled characters around him. But it is part of his character’s personality and it stays consistent so I guess he’s acting exactly how it was intended.

So in the end, where two to three weeks ago I had no idea this movie existed I am now so happy I found it because I had a tonne of fun with this movie, I laughed, I got a little teary and I loved it from start to finish. The performances are great from everyone involved where they all touch on the emotional side of their characters but also the comedic side with great comedic delivery from all. But most importantly and why I feel like this film deserves a lot of attention is that it’s a beautiful story of love and sexuality and is another fantastic representation of the LGBT community on the big screen.