Hereditary is the feature writing and directorial debut for Ari Aster who utilising a unique approach to horror takes what seems like a straightforward premise and flips it on its head, rotates it 270 degrees, and launches it out the window. The film follows the Graham family who begin to unravel a string of secrets about their ancestry after the matriarch of their family dies. Hereditary is unsettling at its core right from the beginning and it carries this absolutely terrifying atmosphere all the way through rarely taking the gas off the pedal. The story progresses at a very meticulously crafted slower pace that lets you take everything in and bask in some of the brief but absolutely harrowing sequences in the first two thirds of the film. It gradually lays the groundwork for a story you think will go one way before constantly breaking tradition and hitting you with terrifying sequences that will stick with you long after the credits roll. The movie goes deep and plays to your real human fears and that’s what sucks you in to this story and its characters before unleashing all hell upon you.

Ari Aster shows a deep understanding of the horror genre, what works, what doesn’t, what people expect, and uses all of this to craft a horror experience you won’t forget any time soon. He creates a viewing experience that is uncomfortable yet still astoundingly intriguing like he’s got you on the end of a line, tugging you along, but you aren’t fighting. As the story delves deeper and deeper into unknown territory with each turn Aster builds an atmosphere that will continue to loom large on the drive home and beyond. He intelligently crafts unrelenting terror out of themes of grief, loss, and family conflict, things everyone can relate to in some respect and he uses that fear to terrify you. The unique horror experience he has created here is like nothing I’ve ever seen before, it’s incredibly satisfying and the way he carefully builds suspense towards a definitively audience-dividing third act I absolutely loved. The first two acts have their sporadic shockingly unsettling moments that increase in frequency until it goes from 0 to 1000 before you can take another breath. This third act is an unexpected yet astounding achievement in horror as looking back it doesn’t at all feel out of place, in fact, with everything going on prior it’s the only direction I feel it could have headed in. 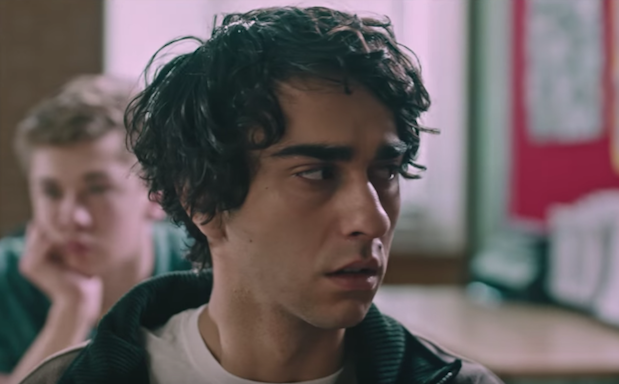 But the truly horrifying nature of this film would be nowhere near as effective if it wasn’t for the captivatingly raw performances from both Toni Collette and Alex Wolff who portray the mother Annie and son Peter respectively. Firstly, Toni Collette puts in a performance so riveting and powerful it is absolutely worthy of an Oscar nomination and I wouldn’t be surprised if she sneaks in there. The raw emotion she emits through her performance is incredible and she elevates the heartbreak, emotion, and terrifying nature of every single scene she’s in. Alex Wolff also has a number of scenes that demand so much from the young actor it’s amazing how well he pulls off some of his most demanding scenes. He sells absolute horror with his facial expressions effortlessly, in one crucial sequence he is especially incredible as his unbroken reaction to a certain event is powerful. The other family member performances from Gabriel Byrne and Milly Shapiro who play the father Steve and daughter Charlie are also fantastic but overshadowed by Collette and Wolff for the most part.

From a technical standpoint too it’s just phenomenal. The subtle and intentionally jarring camera movements enhance the utter creepiness of the scenes they feature in tenfold. The score is very minimal and nuanced but grand in its overall effectiveness in crafting a deeply unnerving atmosphere. The sound design is also impeccable, in a theatre setting certain small sounds encompass the room and it places you in the shoes of these characters in these situations. It’s all just incredibly well executed. 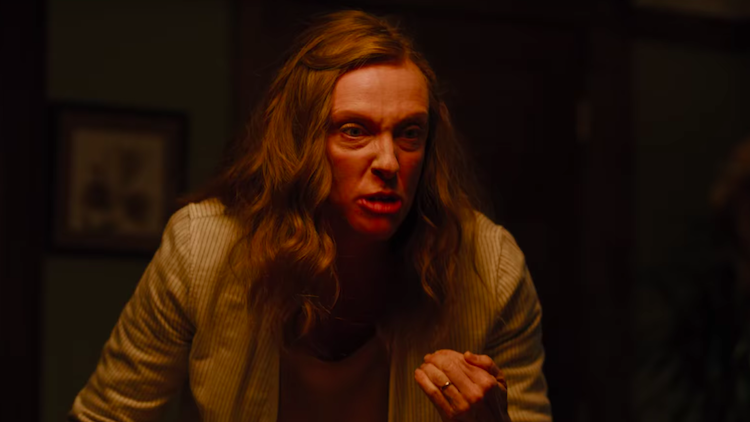 This is yet another incredible horror film from production company A24 that I absolutely adore, and it’s also another horror film from A24 that is going to be very divisive amongst fans and also critics. This film sits in the region of the horror genre where you get these very unique, original, and stylistic horror films that actually have a tonne of effort put into them focusing on characters and atmospheric horror as oppose to the casual modern horror jump-scare fests. The Witch (2015) and It Comes at Night (2017) are two recent examples from A24 which had highly contrasting reactions from critics and fans, and also within various fan groups. This is by no means a movie everyone will enjoy in its entirety due to the slow pace it adopts for the majority of its runtime but for those who are up for some quality unsettling horror you’re in the right place. This could go down as a modern horror classic in time but we’ll have to wait and see.