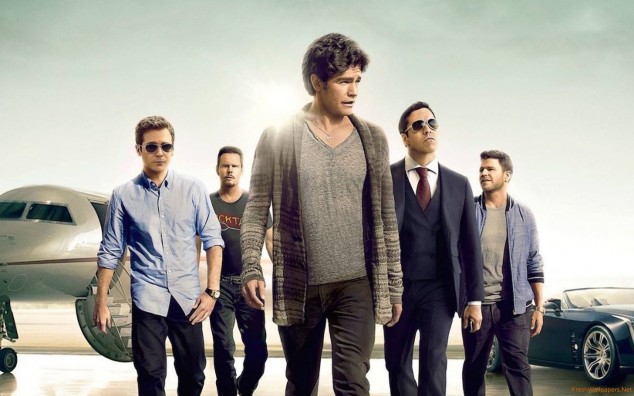 Entourage brings back the cast from the TV show of the same name for another adventure in the entertainment industry. Firstly i gotta say that i didn’t actually watch the show and have never seen an episode so i was really going into this film as if it is a brand new property while still knowing it has a history. And i thought the fact that i hadn’t watched the show would mean that the film would leave me behind with all of their jokes and call-backs but to my surprise i actually enjoyed watching this movie. There were a lot of good jokes in this movie and a couple that actually got me to laugh quite a bit showing that you don’t really need to have watched the show to enjoy this. Now i’m sure that if you watched the show you would most definitely get more out of it but i would say the film works either way. It had good comedic timing for the most part and a plot that was kinda interesting and it didn’t really take over the film too much which some comedies tend to do, they try to go all serious in the third act but this film tried to stick with the comedy the whole way through. 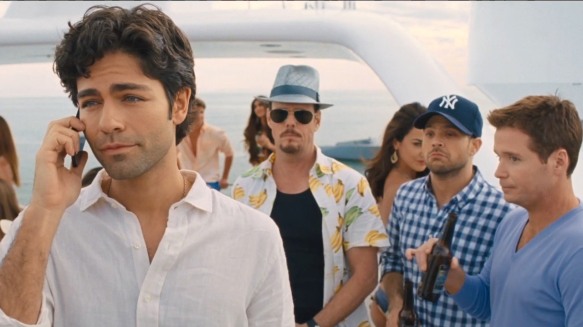 Like i said, it had a good amount of comedy in it, some moments really got me but where there were good jokes some not so great ones were to follow. The film felt very uneven in its comedy, there would be some sections where the film was hitting every beat and the jokes were getting me but there were also moments that i wasn’t really connecting with and it was that roller-coaster effect for almost the whole movie. But when the jokes hit, they hit harder than the misses missed so it really did make for an enjoyable film. Also your six main characters returning from the show i thought were great characters. They did a great job throughout the film at showing that these guys go way back and their relationships were fun and it was cool to see them interacting and messing with each other. The pacing of the film was i guess dictated by the humour, when the jokes ran dry it felt slow and when the humour picked up the film flew by so those two go hand in hand. 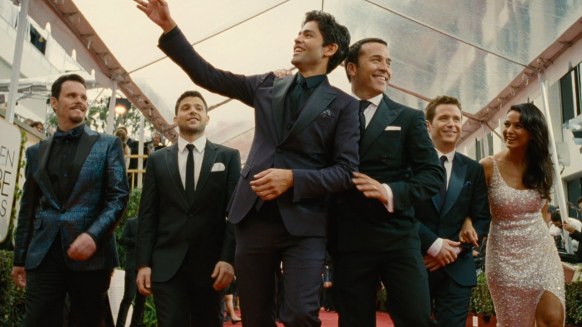 What i really loved were all of the cameos from movie stars and jokes referencing existing films and actors, i thought they were all great and they all felt very natural. None of them were really thrown in there randomly and took you out of the film, well, maybe one or two but it was one of the best things i loved in the film. Some of these cameos actually turn into their own subplots that show up here and there throughout the movie, the one featuring Emily Ratajkowski had its ups and downs, but the best side-plot in the film was with Ronda Rousey. I’m actually excited to see if she ever tries to break into the movie industry because i think she can do something pretty similar to The Rock. I thought she was great, she may have been technically playing herself but either way she was really damn entertaining and whenever she came on screen i got pumped because i knew it was going to be good, and it was. 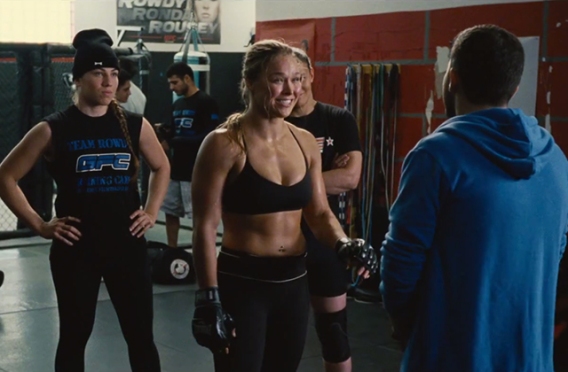 Other than the comedic faults, the biggest issue i had with the film was the first 10 or so minutes. It was bad, i wasn’t enjoying it and that is where i felt that i wasn’t going to like the film because i hadn’t seen the show. They weren’t really introducing the characters for new audiences as much, it was more of a ‘lets see where they are now’ type of thing, and if you didn’t watch the show it was kinda meaningless. It felt rushed but i’m glad they rushed it so they could let the main plot kick in and just focus on making an entertaining comedy, which is what they did after that.

So in the end even if you have not seen the TV show you can still definitely enjoy this movie but those life-long fans will get more out of it. Great hilarious cameos and hard hitting jokes make up for the bad start and humour misses to make it a funny and enjoyable comedy. – 6.5