‘Infinitely Polar Bear’ is a very charming Comedic Drama that focuses on Cameron, a manic-depressive father who (after his wife leaves to study in New York) is required to support his two daughters on his own. Now this is a very small film that many people would not have heard of but with two big leads in Mark Ruffalo and Zoe Saldana, you know that if anything you are going to get really good performances. This was overall a very dramatic, heartwarming, and at times emotional personal story that does delve into slightly darker tones here and there, as you would expect when it comes to the condition being explored in the film. These darker, more serious and dramatic scenes are made up for with the inclusion of some very well placed comedy that really does work to lighten up the tone and also make you laugh briefly throughout.

The performances in this film were all fantastic, especially Mark Ruffalo and the two children in the film, they just killed it the whole way through. Zoe Saldana did a great job with her role even though she isn’t featured as much as Ruffalo and the children and was great to see her acting ability in something smaller than a ‘Marvel’ blockbuster. Ruffalo did such an incredible job at playing a difficult character with such a complex situation that if there weren’t so many other great performances this year he might have snuck in a Best Actor Nom. He was incredibly convincing and portrayed all of the very contrasting elements of this very complex extremely well. He bought in great comedic timing to keep the film light and the way he acted, right down to slight hand movements and facial expressions was great to see how really into this character he was. Seriously there were moments in this film where he didn’t even need to say anything, just the look on his face at times told me everything i needed to know about his current state and that shows off his incredible acting talent.

The two child roles could have just been typical, generic, annoying children who were just there to act as a device to further the plot. But holy crap they were both fantastic, and even came close to stealing the limelight from Ruffalo. The roles were played by two unknown children Imogene Wolodarsky, and Ashley Aufderheide, who had no other acting roles prior to this film. Now i’m not gonna be getting too excited about these two because one role doesn’t mean you are a super talent, but they do show that they have the ability to act in really dramatic roles. These two roles contribute to much of the emotion of the film and seeing how they react and change throughout the course of the film was very interesting and it was fun just watching their transition over time. 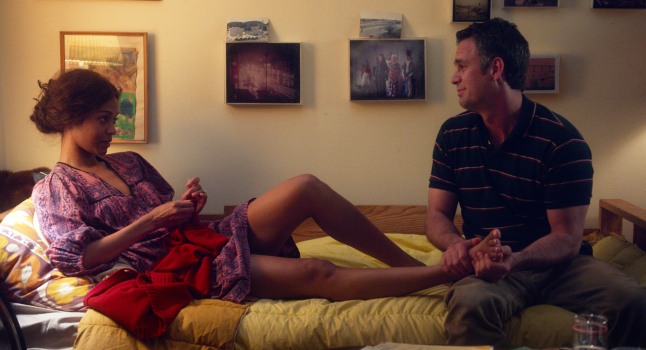 In the end, the overall plot of the film is original and very straight-forward but it is the emotional journey of these characters and their progressive relationships that made this such an enjoyable movie. The very heartwarming and dramatic elements in the film were very fun to watch and i had a smile on my face most of the time, it even almost broke me to tears at one pretty emotional moment. The darker moments really contrast the lighter tones and were very sudden in their placement in the film, but the comedy that Ruffalo brings to the table helps to not get too dark. It was fun journey watching this families relationship and if you like heartwarming, dramatic tales, this is definitely an enjoyable worth your time.