Spoilers lie within for the entire seventh season of Game of Thrones.

And there we have it, the 7th and also the penultimate season of Game of Thrones has ended and what an action packed season it was. For the first time the show adopted a lower episode count and a much more rapid pace which was ultimately the instigator for all the good things to happen this season but also the reason for all of the bad things to happen. This season had the exciting yet tough task of colliding all of the different storylines we’ve been following up to this point in preparation for the impending threat of the dead. And for the most part this was handled incredibly well, the season was packed with intriguing and dramatic conversations between some of the shows biggest powers, and this was balanced out with a number of big, epic battle sequences that rival the scale of everything we have seen previously. One thing this season eliminates almost entirely is downtime….. no longer are we spending 3 episodes travelling half way across Westeros, as was seen in Episode 6 we are now able to fast travel from Dragonstone to north of the wall in a matter of minutes. This helps to obviously speed things up but the jumps at times are jarring and confuse things a little more than they should.

The pace of this season as well as being very rapid was also thankfully very consistent, it flowed quite well from episode to episode to the point where putting the previous episode on before the next really felt like each instalment was part of one large 7+ hour sequence. And that i think is what made this season so enjoyable to watch from start to finish and why i feel the urge to revisit the whole thing again. Its place within the entire Game of Thrones series is known and that’s cool but this really does feel like an event season, sort of like the Avengers, a story that plays into the other seasons but is big and exciting with its own goals. Where the pace remains consistent the intensity builds extensively throughout the season especially once you hit episode 4 with the destruction of the Lannister army by Daenerys and the Dothraki army. From this point until the final episode it was really as though each entry was trying to and succeeding in one-upping its predecessor. 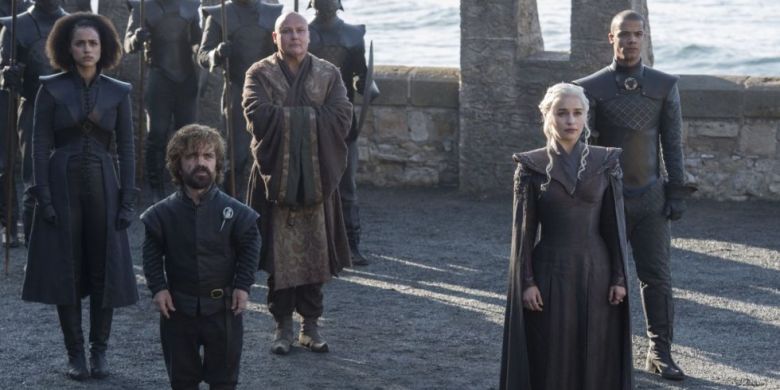 Now despite the last few episodes being great due to the large scale epicness that occurred it is also the smaller moments that were just as fascinating and satisfying to see play out. The interaction between Lady Olenna and Jamie, conversations between Tyrion and Daenerys, Jamie and Bronn, Sansa and Arya, John and Daenerys, and more recently Cersei and Tyrion were just some of the many dialogue sequences that were incredibly fascinating to watch. Even the banter between Jamie and Bronn talking about cocks this episode and the conversations between the ‘Fellowship of the Wight’ were just some great light hearted fun moments that i’m glad a show as serious as Game of Thrones can still have. These scenes do a lot more to further the large number of storylines than any of the battle sequences do. There was a lot of story development this season and many arcs progressed more in a few episodes than they had over the entire last season so going through everything would take forever. But one thing that has been a long time coming is Jon Snow’s arc or shall i say Aegon Targaryen’s arc, and although he doesn’t know it yet the revelation of his true lineage is finally out and big things are a-coming, as i’m sure Daenerys now knows.

The action sequences are throughout this season but by far one of the biggest highlights are those large scale battles, only made more epic by the presence of Daenerys’ deadly (but still vulnerable) dragons, and the haunting presence of the White Walkers and their army. Picking a favourite sequence from this season would be a tough call, the Dothraki taking down the Lannisters, the Fellowship against the entire army of the dead, and the destruction of the wall at the end of the season finale were really the three big moments. Sorry Euron Greyjoy but your assault on Yara’s fleet was poorly filmed and pretty meh. But lets talk about that final scene of the season, as the final episode went on i was doubting the fact that we would see any large scale battle of any kind especially after the massive one in the penultimate episode…….. and then the White Walkers and their army sneak up on Eastwatch and for a second there i almost forgot they have themselves a blue fire-breathing dragon. And now the threat is officially real, the south will soon see snow as the White Walker army have made it beyond the wall. If i’m not mistaken Winterfell is the closest major location to the wall, so in other words i don’t think it will survive 2 episodes of next season. But all that matters is Tormund survived the destruction of Eastwatch…….. i’m assuming. 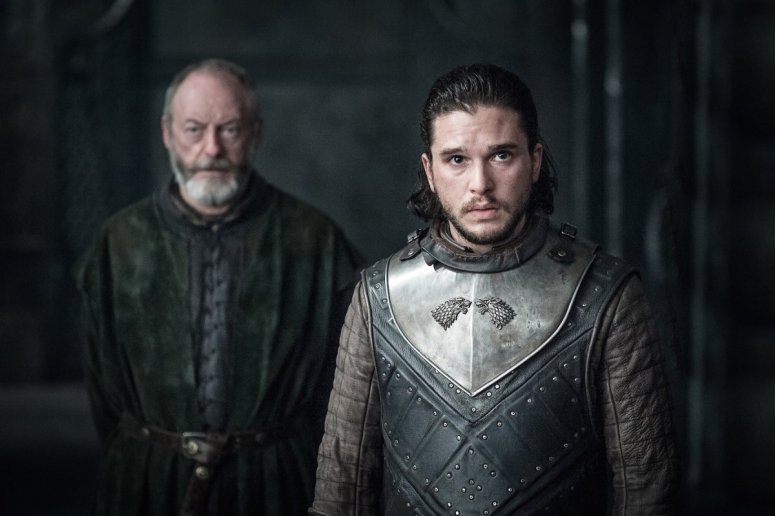 The only real stand out negative that haunted this entire season are the jumps in time, like i said, it allows for some amazing sequences to come much faster but it also leads to some brief continuity confusion as some jumps were very sudden and hard to adjust to especially after 6 seasons at a much calmer pace. But hey, we can’t get everything we want so i guess we’ll just have to make do. Also one thing in the season finale that was going to be a negative but actually turned into a sneaky positive is Sansa Stark’s character arc. Her character has developed so much and especially after her dealings with Ramsay Snow it was good to see her come a long way. Then to see her be so easily manipulated by Littlefinger once again was setting up to be a big step backwards for her and began really pissing me off. Then to see the tables turned at the last second was incredible as i breathed a sigh of relief and congratulated the writers for great turn of events. It was sad to see a character as entertaining as Littlefinger go but at least now we don’t have to deal with any more of his manipulation tactics fucking everyone up.

So in the end, it’s hard to say if this is my favourite season of Game of Thrones yet especially after a great season 6, but it is definitely up there as a strong and formidable contender. The only sad thing is that now we have only 6 episodes to go where everything in the past 7 seasons will finally come to a head in what will surely be an epic finale. And it won’t come quickly, if we see the next season in 2018 i will be very surprised….. I’m preparing for a 2019 release so we’ll have to just wait and see.