‘X-Men Apocalypse’ goes to the 80’s where a new/old batch of mutants must face a new evil and this just may be they’re most dangerous task yet. Going into the film this had a really big task ahead of it, especially when coming off what was arguably the best X-Men film to date in ‘Days of Future Past’. And how do you top that? Well bringing in one of the X-Men’s most well known villains is a good start, but making a good movie is the hard part. In saying that, i thought this movie was very good, it had really interesting characters with strong performances, some cool action, a tad of humour, and who i thought was a strong and effective, yet somewhat predictable villain. Where the film let me down was with the pacing of the film all the way through, and the way it handled and structured the overall story, the writing could have been better.

This film introduced a new and younger cast of familiar mutants that would be tasked with either joining or combating this ancient evil. So i was definitely looking forward to how these new versions of the characters would turn out. And i gotta say that Jean Grey, Scott Summers, and Nightcrawler were all great entertaining and compelling characters backed by great performances from the young cast. Whereas characters like Storm, Angel, and even Psylocke were greatly underused/underdeveloped, they spent a considerable amount of time in this film just standing or posing next to Apocalypse not really doing a whole lot to get me invested in them.

After Sansa Stark escaped the clutches of Ramsay Bolton she sought refuge in ‘Xavier’s School for Gifted Youngsters’ where she learnt of her ‘inner phoenix’. But seriously, It was great seeing Sophie Turner as Jean Grey, she really transformed into this character and made me completely forget about her role in GoT. She has definitely learnt a lot from Game of Thrones and i think she has created a strong enough character here that i think could take a more pivotal role in the future films. Tye Sheridan plays our young Gazerbeam and really stood out as one of the best characters in the film. You get to see him develop and learn to work with his powers and it really does make for one of the strongest and more interesting character arcs of the film. And as always, it wouldn’t be an X-Men film without even more emotional and/or physical conflict between Professor X and Magneto. And even though it may feel like we have done this dance many times before, watching these two characters and their relationship is always one of the biggest highlights of these movies.

As for our villain, the big bad, i thought he was a strong villain that served his purpose and was entertaining to watch, but was somewhat predictable at times. One thing that i didn’t get from the trailers was the extent of Apocalypse’s power, i didn’t feel like he was this huge evil and the strongest mutant ever as he had been previously described. Yes i get that for the 10th time “everything they’ve built will fall”, but i wasn’t getting that before the film, but after seeing the film, shit definitely fell alright. The film did a fantastic job at introducing him with a killer opening sequence (one that made me want an X-Men film set in Ancient Egypt), and you get a good idea of who he his and why people would worship him. Poe Dameron turned to the dark side and donned a blue getup to do a solid job at playing this evil mastermind. Apocalypse could have just easily been a one note, emotionless, evil, i want to kill everyone kind of villain, but he wasn’t really. They did straddle that line a little during certain parts of the film but Oscar Isaac bought enough character to this guy that i didn’t mind watching him.

The action is overall pretty fun, there are some surprising action scenes in there i won’t spoil, but most of the action was great to watch. Some action scenes felt a little average, where i wasn’t really invested in the conflict going on between the characters but that’s just a minor thing.

As for where the film drops in quality…….. the structure, the writing, and the way they handled a lot of the events in the film were not done that well. For instance, Apocalypse’s recruiting stage was done in the laziest, most effortless way i know and was slotted in between the other storylines and made it feel like it went on for way too long. The writing of a lot of the more personal character relationships and emotional interactions were perfectly fine, its just how the film was structured and paced with the main events, and other smaller moments that just felt a little messy to me. It did quell my enjoyment of parts of this film a little, but overall it is still a good superhero film you can enjoy. 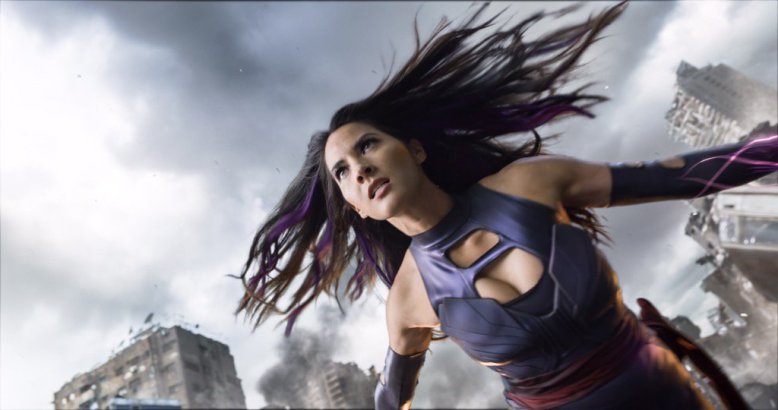 So in the end, this is a film that i’m not going to say you will love, but i’m also not gonna say you won’t like it. It is getting mixed reviews that are high, low and in the middle somewhere, so it is best to check it out for yourself and form you own opinion. But if you are a fan of the X-Men franchise chances are you are bound to get a lot of enjoyment out of this film. And keep a listen out for a great little jab at X-Men The Last Stand, it’s quick, but man it’s great.