FANT4STIC……… Was that supposed to be a Fantastic 4 film? Because i’m pretty sure what i just witnessed was not even 15 minutes of a Fantastic 4 film accompanied by an hour and a half of crap, and not even the kind of crap you can enjoy, just pure “i can’t believe someone thought this was good” kind of crap. And that is exactly what i was thinking to myself for 90% of this movie, as i sighed and face-palmed in disbelief that someone could get that so bloody wrong. Also, that 15 minutes was still not that good, but was a small step up from the rest. It was incredibly boring and dragged on and on and on until it got to the point where i didn’t care what happened in the rest of the film, i just wanted it to be over and to forget about it. And i was actually looking forward to it and was somewhat slightly optimistic that it could be good, and i couldn’t be more wrong. 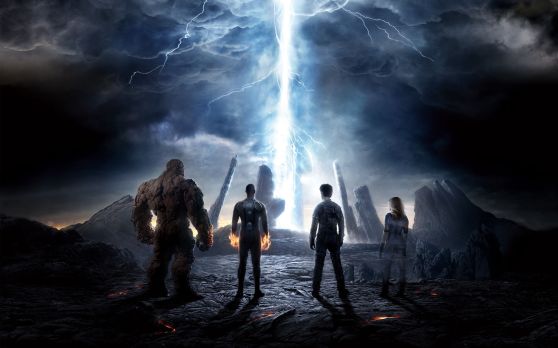 It showed a couple of signs early on that it just maybe would start to get good, but whenever it started going in the right direction, it turned around and headed astray. The writers focused an incredible amount of time setting up the characters and their relationships to the point where it became exhausting and boring fairly quickly. Well at least the time they spent focusing on the characters kind of helped later in the film right? WRONG! The actors i liked as their characters, i thought they made interesting characters with personalities that for the most part fit pretty well, but they only needed brief introductions. The interactions and relationships between the characters seemed fake or almost non-existent, except for the relationship between Reed Richards and Benn Grimm, it was the only one i was actually invested in, and the only one the film really focused on. And considering they spent so much damn time on building relationships in the first 3/4 of the film for absolutely no worthwhile outcome was a huge let-down.

Now, Victor….. von…….. Doom, more like Victor von WHO? This was a completely wasted villain who was just incredibly awful. He was so bad i would put him in the same league as the version of ‘Deadpool’ from ‘X-Men Origins: Wolverine’. And i don’t even want to talk about his design, i was one of those people who wasn’t pissed off by his appearance in the trailers, I remained optimistic and wanted to believe that in the film i may actually like the look. But i cannot believe how wrong i was, because he looked hilariously dumb and i could not at all take him seriously. So to avoid spoilers, that is all i will say about him.

After witnessing this crap i can see that this film was definitely ONLY made to ensure that Fox kept the rights for these characters from Marvel. So in the end, Michael B. Jordan, Miles Teller, Jamie Bell, Kate Mara, and Toby Kebbell definitely weren’t the problems, it was the totally crap writing that reduced this movie to nothing. So yeah, do yourself a favour and skip this one. – 4/10