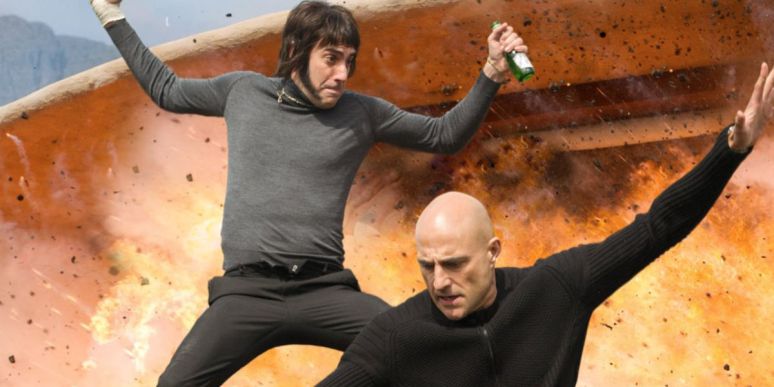 This movie was a giant, never-ending waste of time, and even at a generous hour and 20 minutes it still managed to bore the absolute living shit out of me. Sacha Baron Cohen is back with more of his controversial, outrageous humour and proves that he has most definitely lost his touch. The humour in this film all felt ridiculously forced and predictable and wasn’t ‘surprisingly insane’ like in his previous films, The film plot-wise was just more absolute shit dipped in shit-fondu. I know you don’t expect any quality storytelling here and let the humour dictate how the film goes but they pushed and pushed and fucking shoved this brotherly love story down your throat that tonally was irrelevant and made you wish you never bothered watching this film.

The laugh-out-loud outrageously offensive/disgusting scenes you expect to be seeing in this film are almost entirely absent. If it weren’t for like 4-5 different funny and enjoyable scenes there would be jack shit redeemable about this film. It just felt very tame compared to Cohen’s previous outings and was at many times just reaching for any cheap joke they could find to take up some more runtime. How they attempted to blend the hardcore action elements with the stupid humour was done fairly well. Even though it felt like i was watching one shit movie it didn’t feel like i was watching 2 different shit movies awkwardly smashed together, so that was handled well…. i guess..

Mark Strong, Isla Fisher, Penelope Cruz and Rebel Wilson are also featured in this film and they played their characters well, you just don’t care about any of them.. Mark Strong was probably the strongest of the bunch and tried to elevate the film wherever possible, but to no avail. It makes me angry just thinking about this garbage and i’m searching through a giant haystack to finding anything overwhelmingly positive to say about this crap. And you know what, i can’t think of anything, so i want to forget this as soon as possible and so should you. I can’t see how someone can enjoy this film unless they’re absolutely pissed and even then there are better things you could be doing. The good is good but the bad diminishes any hope of enjoying this film. Also, Penelope Cruz is on a fucking role this year, ‘Zoolander 2’ AND ‘Grimsby’ she should fire her agent and do something half decent.